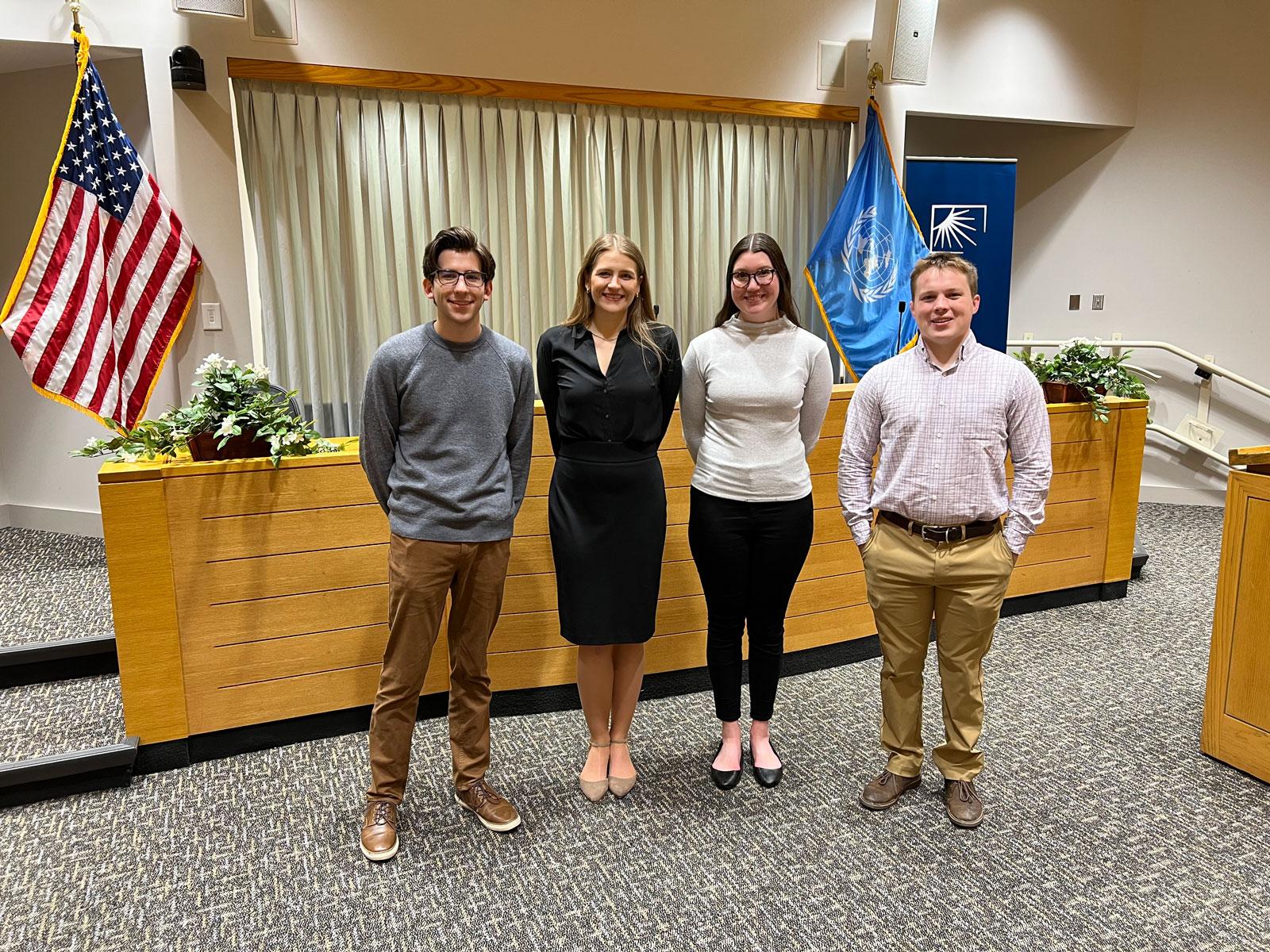 Then-first-year students Manchester and Baker ranked #1 and #11 oralists in the world, respectively, in the global rounds—out of more than 2,400 students from over 600 schools around the world.

The team, coached by Co-Dean Michael Scharf and Squire Patton Boggs attorney Liz Safier (LAW ‘21), moved easily into the advanced rounds with a 7-1 record, but eventually lost to University of Queensland, Australia, which won the World Championship in 2018.

A top team at Vis International

For the first time in law school history, CWRU’s team advanced to the elimination rounds of the Vis International Arbitration Moot Court virtual competition—one of only six American teams, including University of Michigan and Harvard University, to reach this level.

More than 350 teams from around the world entered the Vis competition, and only 64 advanced to the knockout rounds. Represented by co-captains Rachel McKay (LAW ’22) and Callan Foran (LAW ’22) in the round of 64, CWRU’s team—which also included John Schon (LAW ’22), Reece Disney and Frankie Collins—was narrowly defeated by the home team, Vienna University of Economics and Business. Cheering from the sidelines were the remaining team members, Elena Strelkova (LAW ’22), Brooke Behrmann and Rose Carlyon, along with faculty coaches Douglas Pilawa (LAW ‘19) and Katy Mercer, PhD (LAW ’83; SAS ’83; GRS ’97, social welfare).

McKay received “Honorable Mention for Best Oralist”—an award given to 25 of 2,500 students. This is the second year in a row that a CWRU student has taken home a top speaking award from the prestigious competition, after Foran last year became only the second person in the law school’s history to win it.

Last spring, the CWRU mock trial team competed in the first in-person National Trial Competition (NTC) since the beginning of the COVID-19 pandemic. The team sailed past hundreds of regional competitors and advanced to the national finals in Fort Worth, Texas.

Athavan Balendran (CWR ’18, LAW ’22), Elena Gutbrod (LAW ’22) and Andrew Thompson litigated through five rounds to become one of the top four teams in the country before falling to the eventual national champions—University of California, Los Angeles, School of Law—in the semifinals.

Maddie Kelley (LAW ’22), Jake Doerr (LAW ’22) and Dave Walters also put forth an impressive performance, tying for eighth place and narrowly missing out on advancing to the quarterfinals through multiple levels of tiebreakers.

This article appeared in the fall issue of In Brief magazine. Download the full issue.