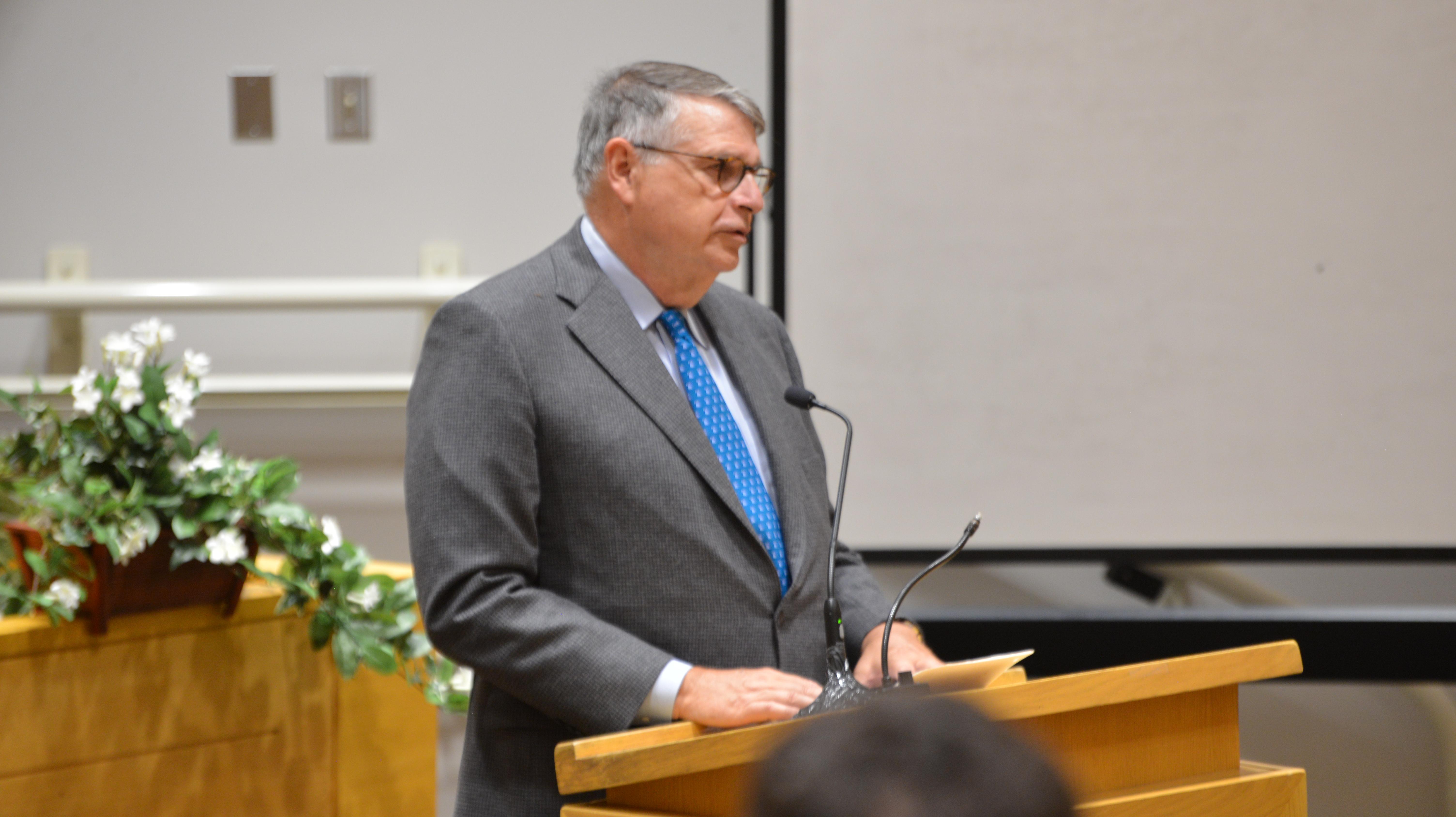 One of the most cited legal scholars in the United States, Professor Thomas Merill joined the Coleman P. Burke Center at Case Western Reserve University School of Law for a discussion about his new book: “The Chevron Doctrine: its Rise and Fall, and the Future of the Administrative State.” Thomas W. Merrill is currently the Charles Evans Hughes Professor at Columbia Law School. He previously clerked for Chief Judge David L. Bazelon on the U.S. Court of Appeals for the D.C. Circuit and for Justice Harry A. Blackmun on the U.S. Supreme Court, and he served as deputy solicitor general of the U.S. Department of Justice. In private practice, he worked as an associate at Sidley & Austin LLP.

In this discussion, Merrill discussed the history of Chevron, and of course, the major controversies plaguing the cornerstone of administrative law. The court that gave us the Chevron Doctrine did not initially believe that it would be as impactful as it is. Now, almost every challenge to an agency rule is controlled by the doctrine. Merrill says, “the Chevron Doctrine took off with its champion: Justice Antonin Scalia.” Initially in the 80’s and 90’s, conservative judges and justices embraced the doctrine, while liberals were cautious about the great deference the doctrine gave agencies. Now, opinions have flipped with Merrill noting that, “Justice Clarence Thomas was once a staunch supporter of the doctrine and now believes the decision to be unconstitutional.”

Merrill believes that change occurred in 2016, and most dramatically with the death of Justice Scalia: “the knives are out.” Merrill also notes that the Supreme Court has backed away from the doctrine including that no decision from the recent term cited the Chevron Doctrine. The biggest environmental decision from the term, West Virginia v. EPA, ushered in a new version of the major questions doctrine. Merrill believes however that the new major questions doctrine is “too ambiguous, and to have courts decide what is a major question is in direct conflict with the principles of Chevron.” He predicts that “circuit courts are likely to split on what is a major question,” and that in turn will only confuse the district courts who will likely fall back to the Chevron Doctrine anyway.

Audience members also asked about conflicts between the nondelegation and major questions. Merrill replies that if the court adopts the nondelegation doctrine, that would be almost a complete bar for agencies to deal with major policy questions, while the major questions doctrine would allow for agencies to deal with major policy concerns if congress gave the agency explicit power to do so. Merrill also argues that either way, if congress has to give agency authority to act on something, including climate change, congress “will generally not to do so.”

In his new book, Merrill acknowledges that the Chevron Doctrine has weathered the storm for thirty-five years, but now “the fate of the Chevron Doctrine is unknown.” Merrill discusses the past and future of the cornerstone of administrative law. With congress’s ineptitude, he suggests the best way forward is not to eliminate executive agencies, but instead to have the courts continue to interpret congressional actions while the executive agencies still have great deference because of their policy expertise and democratic accountability. Merrill argues “A better approach…is to try and figure out where agencies have a comparative advantage and where courts have a comparative advantage,” and assign roles accordingly.

Click here to listen to Professor Merrill’s speech or here to purchase a copy of his new book. To stay up to date on the Burke Center, check out our homepage here. Established with a $10 million endowment in 2019, the Burke Center at Case Western Reserve University School of Law has become one of the nation’s highest ranked environmental law centers, with an “A” rating by preLaw magazine (2022).