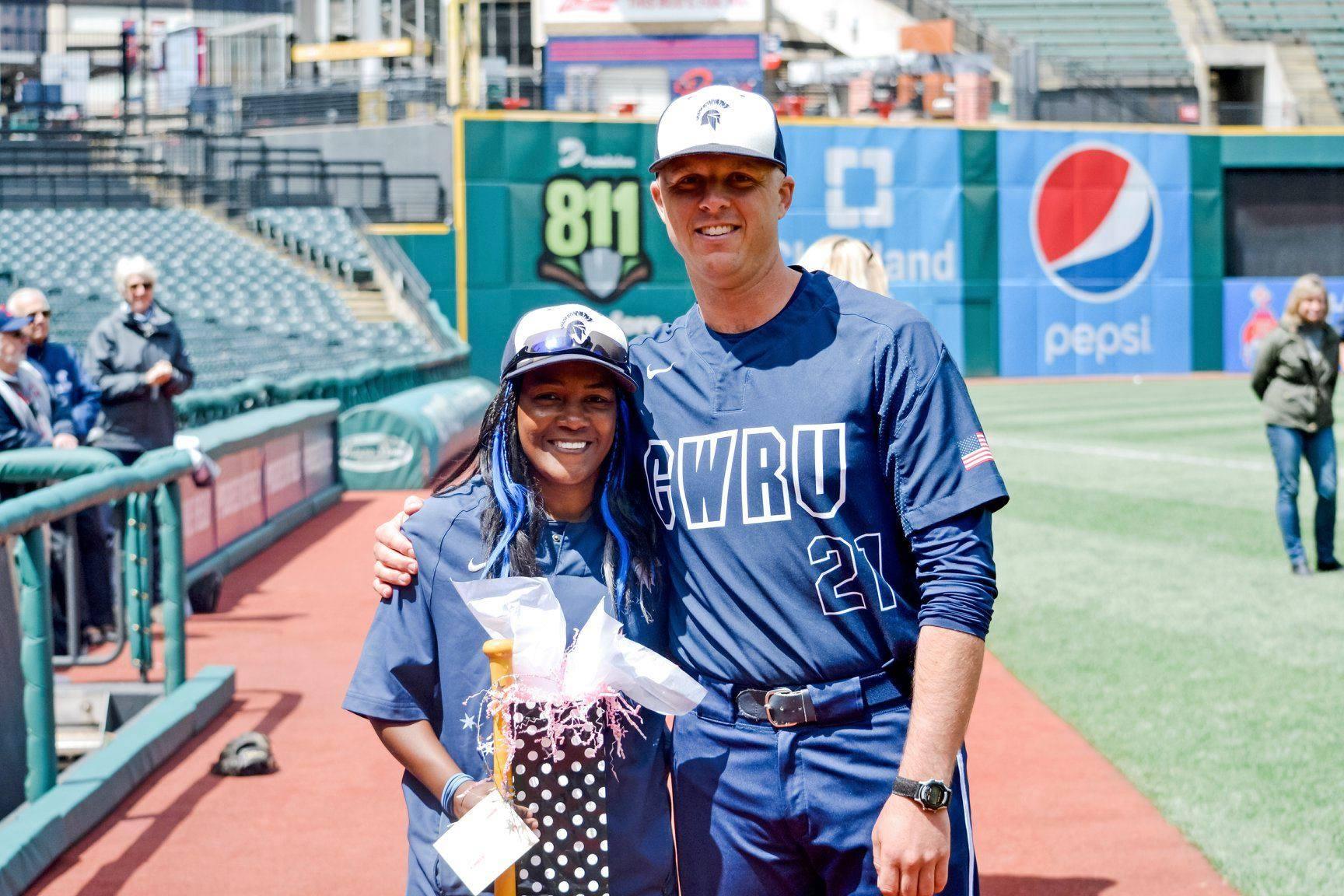 Bianca Smith, a Case Western Reserve double alumna who served as the Director of Baseball Operations from 2013-17, was hired by the Boston Red Sox as a minor league coach, becoming the first Black woman to coach in professional baseball.

"CWRU was such a huge part of my coaching development," said Smith. "I learned so much from the coaching staff and our players and I can't thank them enough for giving me my first opportunity to really get my feet wet."

Smith served as CWRU's Director of Baseball Operations while working toward a dual graduate degree (MBA/JD) from Case Western Reserve University's Weatherhead School of Management and School of Law. She was involved in many facets of the team's day-to-day operations during her four years with the program, including alumni and parent relations, scouting, gameday operations and travel planning.

"Bianca deserves this," said CWRU Head Baseball Coach Matt Englander. "The reasons the Red Sox are hiring her are the same reasons I did – she can help them win. She is a pioneer, and it is a huge story, but she has earned this for how hard she has had to work and how smart she is. I have no doubt she will be highly successful and continue to move up."

In addition to her work with the baseball team, Smith also served as an Athletics Compliance Assistant at CWRU.

Following her graduation from CWRU in 2017, Smith went on to serve as an intern in the baseball operations departments for the Texas Rangers and the Cincinnati Reds. She was also an assistant coach at the University of Dallas in 2018 and has served as the Assistant Athletic Director for Compliance and Administration, the Senior Woman Administrator, and an assistant coach and hitting coordinator with the baseball team.

With the Red Sox, Smith will be based at the team's player development facility in Fort Meyers, Florida, where she will be working with position players.

"The opportunity is amazing," Smith said in an interview on MLB Network's Hot Stove program on Monday. "I think it's a great opportunity to inspire other women who are interested in this game."

Smith was also interviewed on the Today show on Jan. 6. The interview is available online.