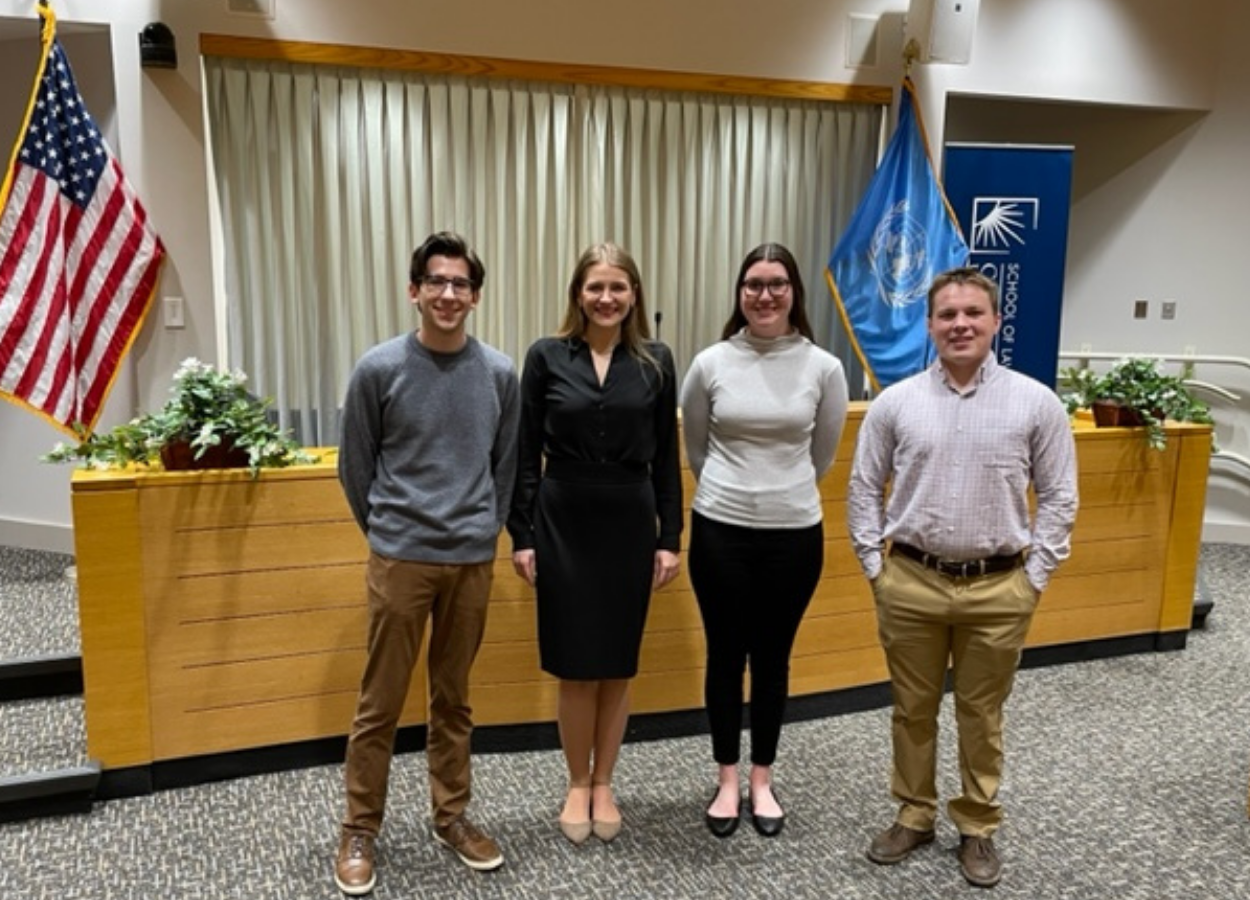 After making it to the Final Four at the National Championship last month, the Jessup International Law Moot Court team at CWRU School of Law—Applicants 3L Michael Eckhart and 2L Sydney Warinner; and Respondents 1L Will Baker and 1L Elise Manchester—went 7-1 in the White and Case World Championship preliminary and advanced rounds. Based on its record and high speaker and brief scores, CWRU was ranked 14th best team in the world and advanced to the elimination round of 32.

Manchester was ranked #1 oralist in the world in the advance rounds, and Baker was ranked #11. To put this accomplishment in perspective, over 600 teams competed in the world-wide competition this year, with 2,400 students vying for the coveted best speaker award.

Along the way to the World Octofinal rounds, CWRU defeated Macedonia, Georgia, Sri Lanka and the UK in the preliminary rounds; and Romania, Mexico and Russia in the advanced rounds, losing only to Indonesia and earning a high seed.

The Jessup team was coached by Dean Michael Scharf and Squire Patton Boggs attorney Liz Safier (LAW ‘21). Manchester, Baker and Warinner will be back next year to renew their quest for a second CWRU world championship. Tryouts to fill two open slots on the team will be held in September.

Jessup is the world's largest moot court competition, with participants from over 600 law schools from 100 countries and jurisdictions. The competition is a simulation of a fictional dispute between countries before the International Court of Justice, the judicial organ of the United Nations.