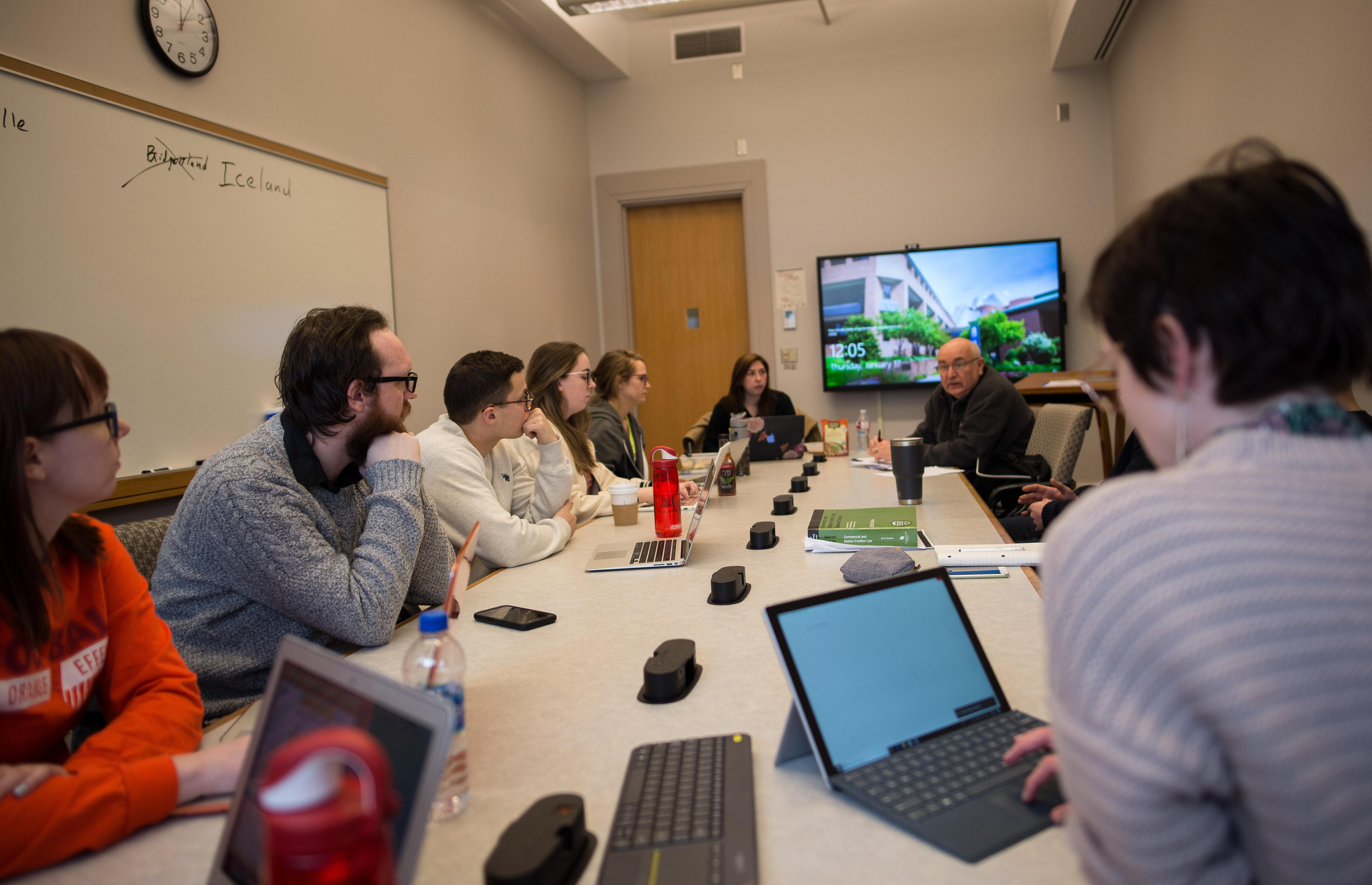 While most of the world is focused on war crimes committed during the Russian invasion of Ukraine, the conflict in Yemen continues to be the site of some of the worst atrocities and suffering on the planet. Case Western Reserve University School of Law is playing a unique role in documenting those crimes for eventual prosecution.

CWRU School of Law’s Yemen Accountability Project (YAP)—a student-led initiative that documents and analyzes war crimes and crimes against humanity committed during the Yemen Civil War—is entering its fifth year this fall. Since its start in 2018, the project has been supported by a generous annual grant from alumnus Tim Geisse (‘84). Adjunct professor James Johnson, Director of the Law School’s Henry King War Crimes Research Office, supervises the 50 students (mostly 1Ls) involved in the project. Johnson also serves as Chief Prosecutor of the Residual Special Court for Sierra Leone, appointed by the UN Secretary General.

During the 2021-2022 academic year, YAP's student researchers documented potential crimes occurring through the year 2020, updated dossiers on the conflict's most responsible parties, and drafted a white paper on “Attacks on Yemen's Cultural Property,” including religious sites, educational institutions, and a number of UNESCO World Heritage Sites.

This is the project’s third white paper. In September 2020, YAP published its inaugural white paper, “Aiding and Abetting: Holding States, Corporations, and Individuals Accountable for War Crimes in Yemen” that explores the atrocities that have led to the loss of over 100,000 lives since 2015 and offers policy proposals for accountability actions. In April 2021, YAP published its second white paper, "Starvation: Building the Case for Prosecuting Starvation Crimes in Yemen," which aims to assist prosecutors in bringing accountability to the perpetrators that used starvation as a method of warfare in Yemen.  The white papers have been widely disseminated to governments, NGOs and international organizations.

According to 3L Sydney Warriner, YAP’s student Executive Director, “This coming year, the project will continue its work, with a particular focus on the impact of the conflict on children—the topic of its 2023 white paper.”