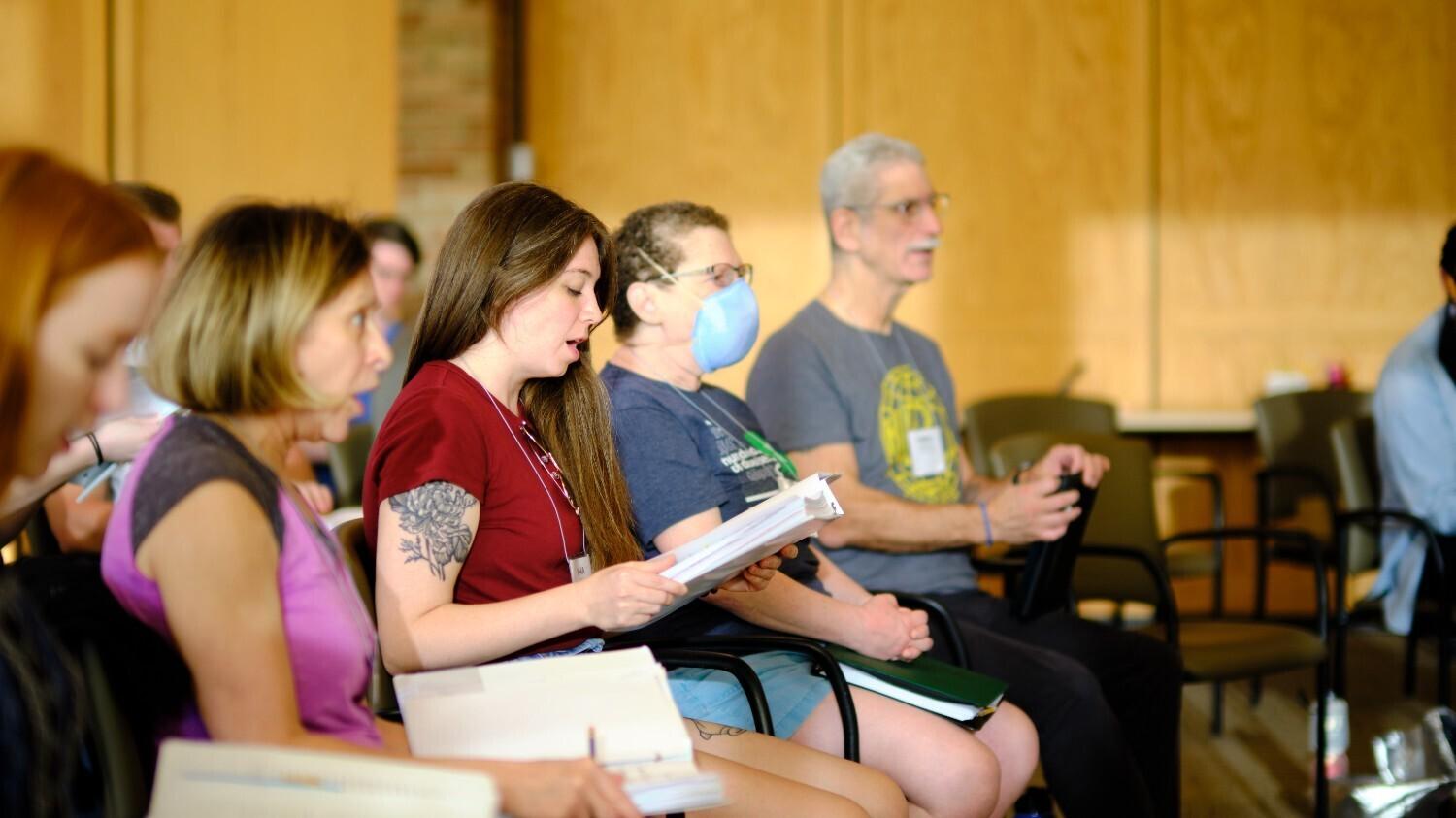 Rehearsal for the opera The Sparks Fly Upward, conceived and composed by CWRU School of Law's Cathy Lesser Mansfield

Cathy Lesser Mansfield is a faculty member at Case Western Reserve University School of Law. She’s also the librettist and composer of the opera The Sparks Fly Upward, which has its Cleveland premiere at the Milton and Tamar Maltz Performing Arts Center June 9-12. 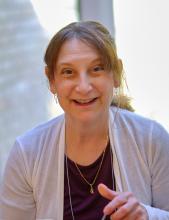 The opera follows the stories of three German families—two Jewish and one Christian—during the Holocaust. The storyline for The Sparks Fly Upward begins on Oct. 28, 1938, with the deportation of Polish Jews living in Germany to Poland, and concludes with the liberation of Berlin in May 1945 and the re-dedication of the Neue Synagogue in Berlin in 1995.

At times, the families turn to the Book of Job for diversion, reassurance and enlightenment. Job’s suffering, and the contest between good and evil represented in his story, are reflected in the lives of the characters, who boldly face the question of man’s obligation to man in times of moral and political crisis. The Sparks Fly Upward is told completely through lush music and rich lyrics.

Set in Nazi Germany, The Sparks Fly Upward is a story of courage, friendship, love, faith, hope, and the power of one person to alter the course of another’s life. The drama is woven from the stories of those who were there. The cast of 35 actors and musicians features Cleveland Cantor Kathryn Wolfe Sebo and will be accompanied by a live 36-piece orchestra.

The Sparks Fly Upward is presented with support from Milton and Tamar Maltz and in partnership with numerous Cleveland and Chicago Jewish and Holocaust organizations, as well as the Temple Tifereth-Israel.

“Sparks is about the power of one person to alter the course of another’s life through small acts of kindness,” said Mansfield, also founder and executive director of The Sparks Fly Upward Foundation, a non-profit organization dedicated to educating people about the Holocaust, genocide and tolerance.

Mansfield, who joined the CWRU law faculty in 2019, actually started working on the opera as a story of the Book of Job as a Cleveland Heights High School junior in 1977. That initial work, performed at the Cleveland Jewish Community Center, eventually became The Sparks Fly Upward.

After her twin daughters were born in 1994, Mansfield picked up where she left off in 1977 to complete the opera, which she finished in 2006.

“It’s fair to say that this has been my life’s work,” she said.

“As I was searching for the theme of the piece, I was continuously struck by this common thread that runs through all of the memoirs I read and histories I listened to: small acts of kindness, from neighbors delivering vegetables to Jews whose shopping hours were restricted, to strangers slipping cigarettes or even passports to Jews on the street,” Mansfield said. “I knew deep in my heart that this was the story I wanted to tell in this opera.”

The Sparks Fly Upward officially debuted in Des Moines, Iowa, in 2008, while Mansfield was on the law school faculty at Drake University. Critical acclaim followed.

Mansfield said the story remains relevant in a world where hate, war, antisemitism and threats to democracy persist.