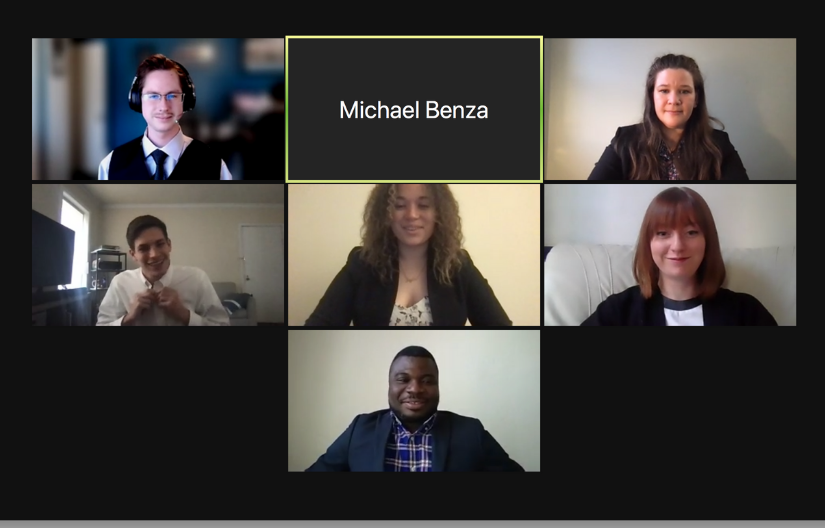 After qualifying by reaching the finals of the Americas Region of the International Criminal Court Moot Court Competition in March, Case Western Reserve University School of Law advanced to the World Championship Rounds of the global competition for the first time in its history. The event, which usually takes place in The Hague, was held remotely from June 6-27. More than 70 universities from 50 countries competed in the prestigious world-wide competition.

Based on its brief and oral scores in six preliminary rounds (each featuring three teams), Case Western Reserve was selected to advance to the Quarterfinals. In that round, rising 3L Alan Dowling argued for the Prosecution against Lubjanja University of Slovena and the University of International Business and Economics of China. In addition, the CWRU Defense Counsel Brief, written by recent graduate Cali Ford and rising 2L Luke Christensen, won a coveted Best Brief Award.

The ICC Moot Court Competition, which is sponsored by the International Bar Association and organized by Leiden University’s Grotius Center, is one of the most prestigious competitions in the world. Ripped from the headlines, this year’s ICC Moot Court problem concerned novel charges of “viral homicide” involving the escape of a deadly artificially created virus, which was kept secret, resulting in hundreds of thousands of deaths.

“To be ranked among the top teams on this world stage was an incredible accomplishment for CWRU School of Law,” said Professor Benza. “We are so proud of all this team accomplished.”