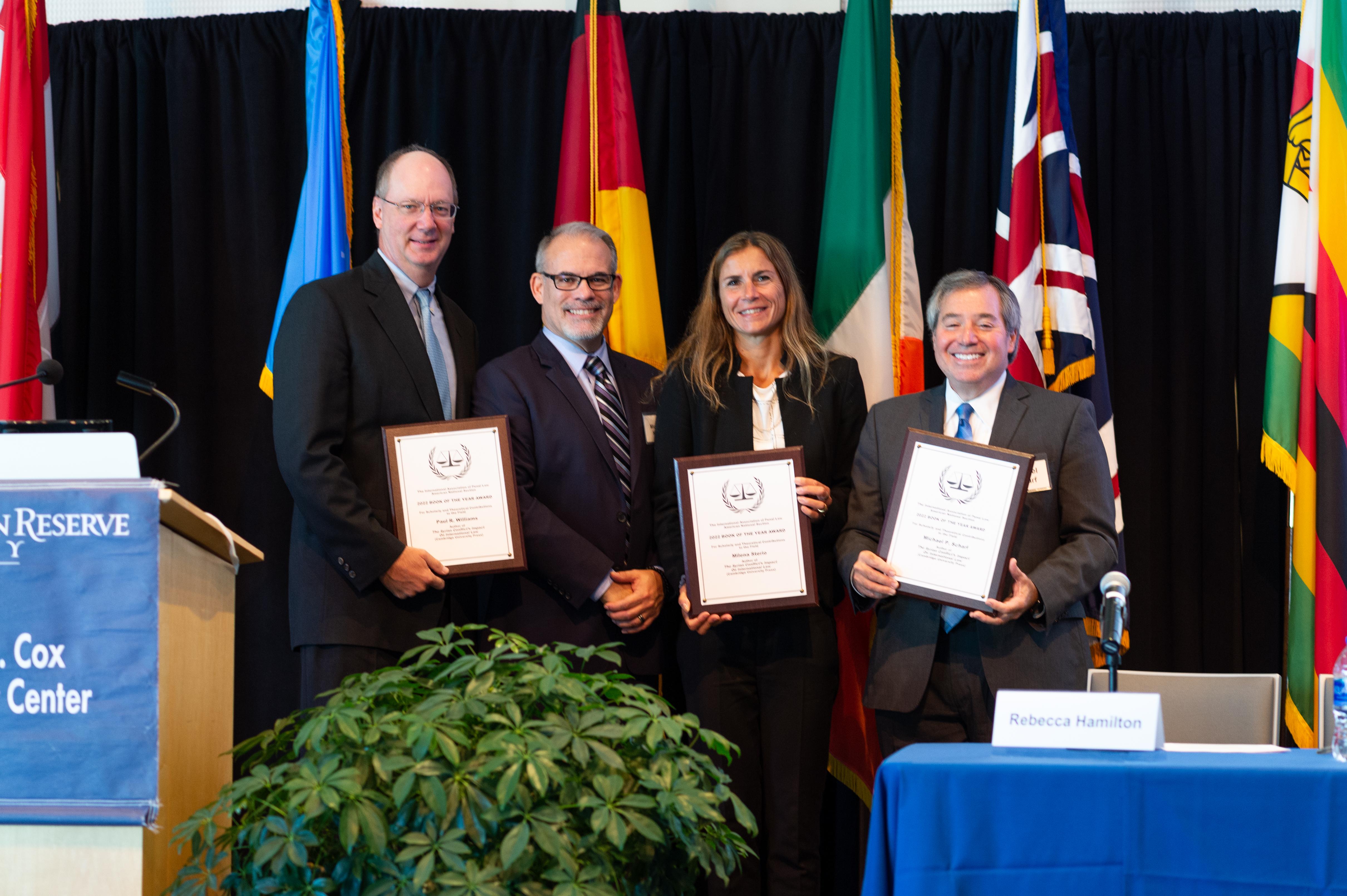 At a ceremony at International Law Weekend Midwest on Sept. 30, Dean Michael Scharf and his co-authors, Dr. Paul Williams and Professor Milena Sterio, received the Association Internationale De Droit Pénal (AIDP) 2022 Book of the Year Award for “The Syrian Conflict's Impact on International Law” (Cambridge University Press). The annual award, for scholarly and theoretical contributions to the field, was presented by Professor Michael Kelly, the Chair of the AIDP American National Section's Book Award Committee.

Prior to the Russian invasion of Ukraine, the world's most concerning conflict was the protracted civil war in Syria. The Syrian conflict represents one of the most intense and lengthy conflicts in modern times, with a large number of foreign states involved in the fighting. The Syrian conflict has seen the rise and fall of the ISIS terrorist organization, the largest refugees migration since World War II, and the repeated use of chemical weapons against a civilian population. The situation was complicated by Russia's repeated use of its veto in the UN Security Council to prevent the UN from taking actions related to the crisis.

"’The Syrian Conflict's Impact on International Law’ chronicles the conflict in Syria and discusses the phenomenon of accelerated formation of customary international law," explains Scharf. "It explores how the use of force against ISIS has changed the law of self-defense against non-state actors, how the allied air strikes in response to Syria's use of chemical weapons has changed the law of humanitarian intervention and how the General Assembly's creation of the International Mechanism to investigate Syrian atrocities constituted a paradigm changing power shift within the UN." 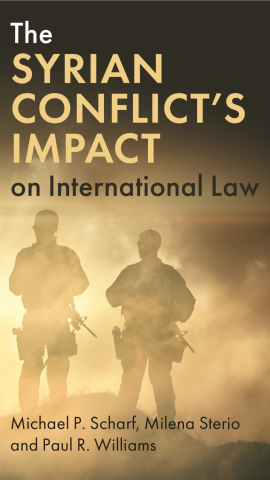 In a review in Just Security, Dan Stigall, Counselor for International Affairs for the National Security Division at the U.S. Department of Justice, writes: “'The Syrian Conflict’s Impact on International Law' stands out as an essential text and resource for scholars, practitioners and policymakers seeking an in-depth understanding of the Syrian conflict and the related international legal issues. It masterfully explains international law as it relates to complex conflicts, but also defines several instances in which new rules and doctrines of customary international law have rapidly emerged."

This is Scharf's twentieth book (sixth published by Cambridge University Press), and the fifth to win a book award. He has been Co-Dean of Case Western Reserve University School of Law since 2013.