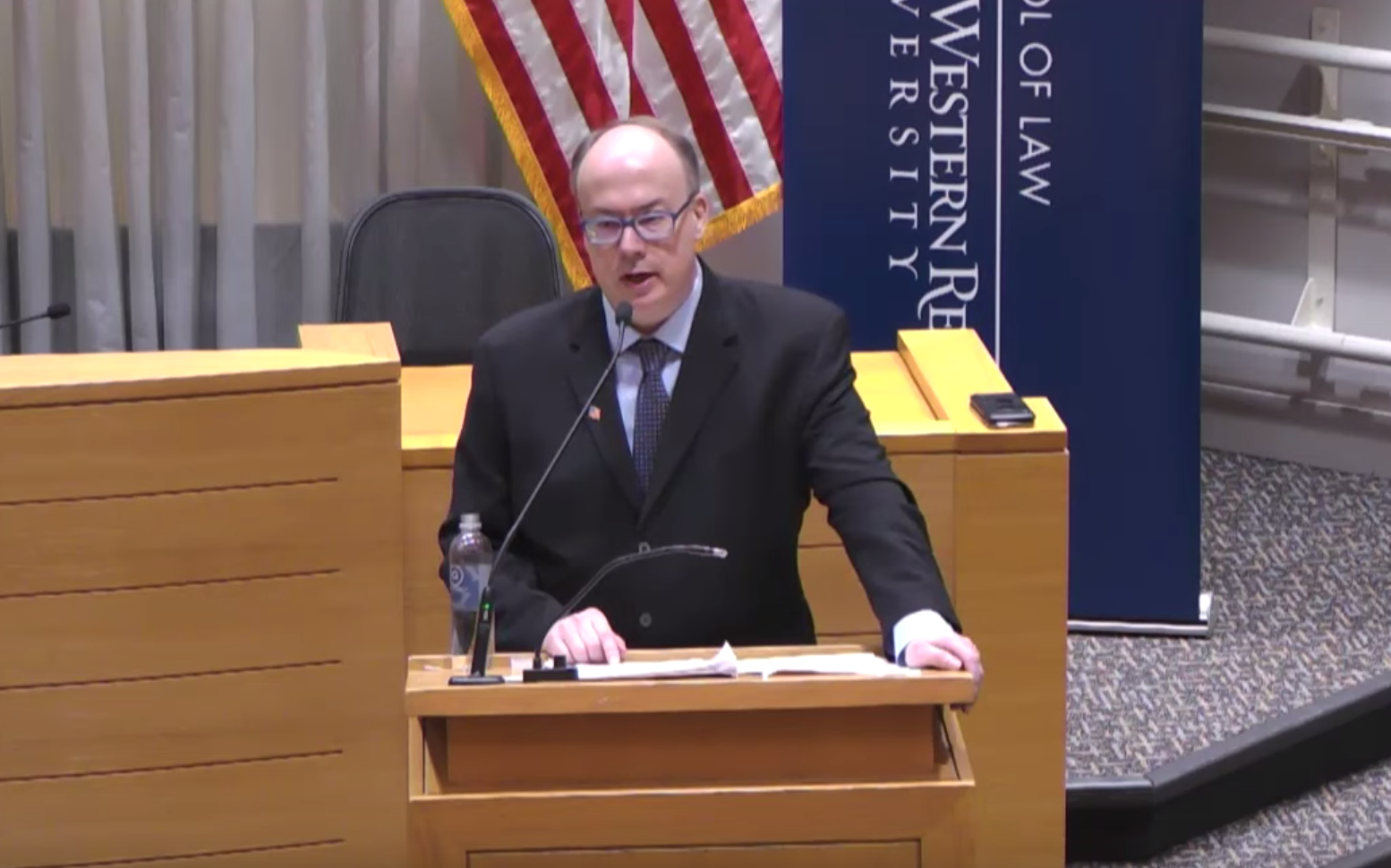 The federal government’s top environmental lawyer discussed climate change litigation, the National Environmental Policy Act (NEPA), and the role of the Department of Justice in environmental policy in recent remarks at the Case Western Reserve University School of Law.

Founded more than a century ago, the Justice Department’s Environment and Natural Resources Division is responsible for enforcing the Nation’s civil and criminal environmental laws, ensuring the legal protection of the Nation’s natural resources and handling cases involving tribal rights and resources.

Assistant Attorney General Clark’s lecture discussed recent climate change litigation, including Juliana v. United States, the so-called “Kids Climate Case,” which Clark argued on behalf of the federal government before the U.S. Court of Appeals for the Ninth Circuit, in addition to considerations underlying proposed reforms to NEPA implementing regulations. According to Clark, environmental law and policy always have to take place within the confines of the structural Constitution, and pursuit of environmental goals requires realism and careful balancing of competing objectives.

After his prepared remarks, Clark joined an open Q&A with Jonathan H. Adler, Johan Verheij Memorial Professor of Law and Director of the Burke Center at Case Western Reserve University School of Law. Responding to questions from the live stream audience, discussed the operations of the Environment and Natural Resources Division, the Justice Department’s environmental litigation against the state of California and recent reforms constraining the use of Supplemental Environmental Projects in case settlements. Clark’s remarks were also covered by Bloomberg.

This lecture was just one of a series of programs sponsored by the Burke Center intended to showcase different views and perspectives on environmental law. Although live, in-person programming has been suspended due to COVID-19, the Center continues to sponsor webcasts and virtual events, including the recently concluded conference on “Environmental Health and the Law,” co-sponsored with the Law-Medicine Center and Swetland Center for Environmental Health. Additional programs will be highlighted on the Center’s website.