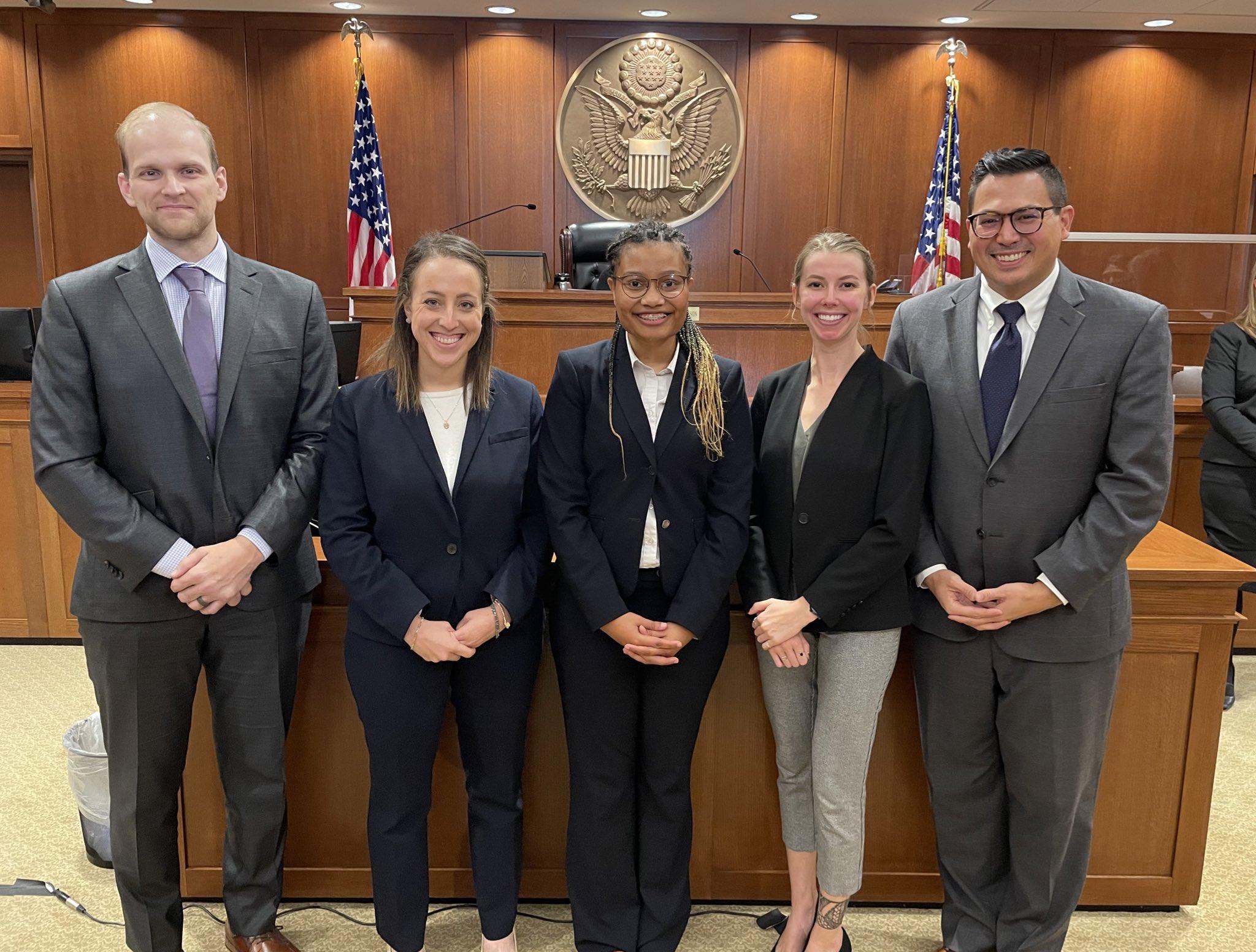 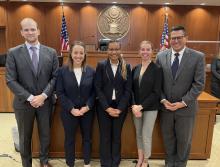 Under the supervision of Clinic Director Andrew Geronimo, the Clinic represents Cecil Koger, who has been seeking religious accommodations as a Rastafarian in Ohio's prison system for over a decade. At issue in this trial were Koger's requests to observe and fast during Rastafari religious holidays rather than at Ramadan and to receive a Rastafari religious diet. Koger brought claims under the Religious Land Use and Institutionalized Persons Act and claims for violations of the First Amendment's guarantee of the free exercise of religion and the Fourteenth Amendment's guarantee of equal protection of the law.

Each of the students and the fellow played a pivotal role in the trial. Pinkerton delivered opening statements and cross-examined the warden of Trumbull Correctional Institution and the Northwest Regional Director in charge of nine prisons. Venesky conducted the direct examination of Koger, and cross-examined the chaplain who was supposed to play a role in evaluating his requests.

Coulter cross-examined the warden of the institution where the clinic’s client is currently incarcerated, and the prison system's director of Food Service Operations. Hayford conducted the direct examination of the Religious Services administrator who was responsible for denying these dietary requests, and delivered the closing arguments. It was a full team effort to prepare for the trial including by the Clinic's other students, Koko Etokebe, Ryan Gillespie, and Nick Adamson.

It has taken years of work by the Clinic to bring this case to trial.  The Clinic has been representing Koger since 2017, first in Associate Dean Avidan Cover's Human Rights and Civil Rights Clinic, and later in the First Amendment Clinic. Many classes of Clinic interns have participated in Koger's case over the years, and while the Court has not yet issued a verdict, the Clinic is proud to have finally given Koger his day in court.