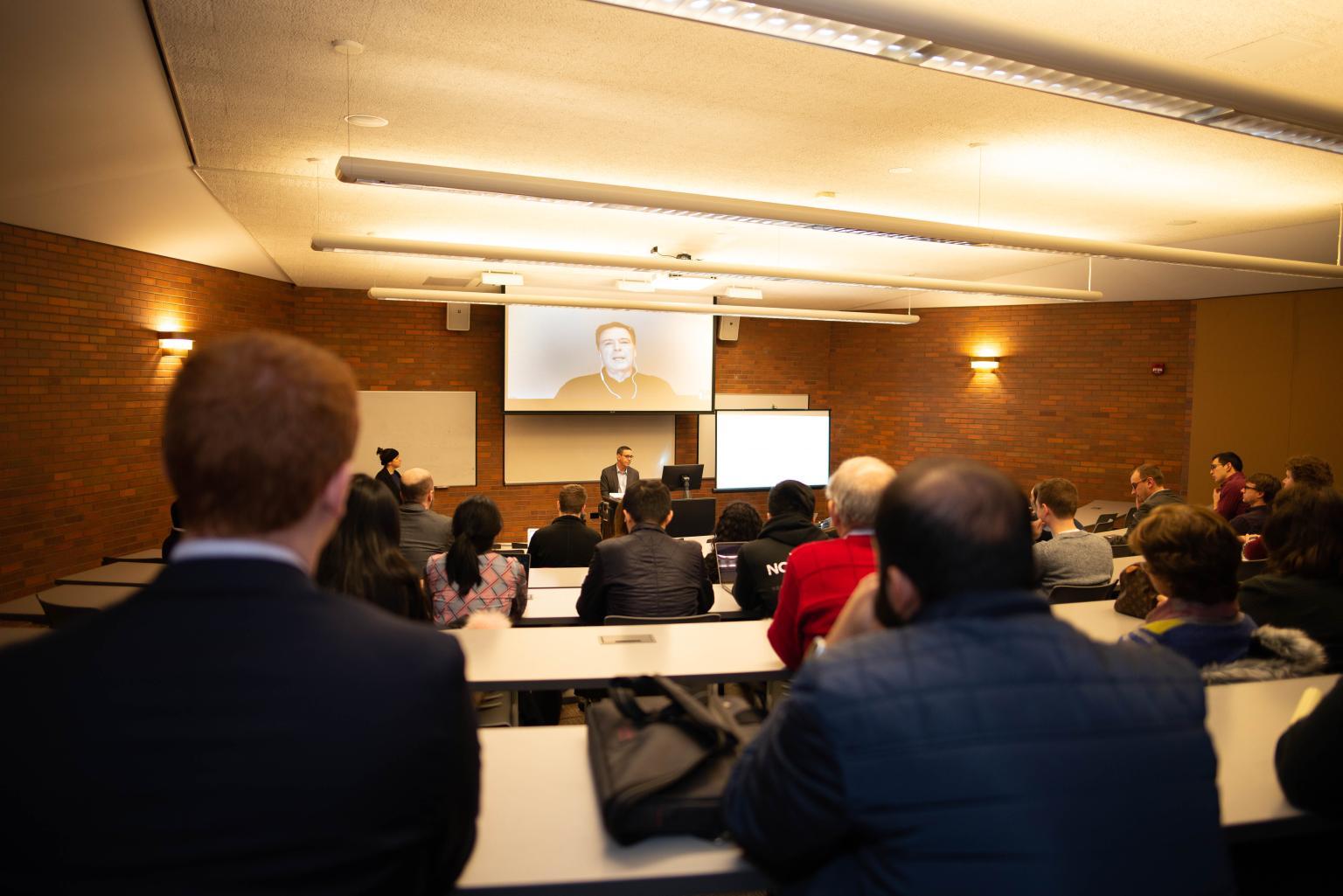 Former FBI Director James Comey spent two hours with Adjunct Professors Jonathan Leiken and Caitlin Bell’s White Collar Crime students on Tuesday, February 11.  Professor Leiken worked for Mr. Comey as an AUSA at the U.S. Attorney’s Office for the Southern District of New York and the two have remained in touch over the years.

Mr. Comey spoke to the students about his life and career as a U.S. Attorney, Deputy Attorney General and FBI Director and what it was like to work for three different U.S. presidents.  He also provided his perspectives and answered student questions about his dismissal by President Trump, the Mueller investigation, the recent impeachment trial, the rule of law in America and many other topics.