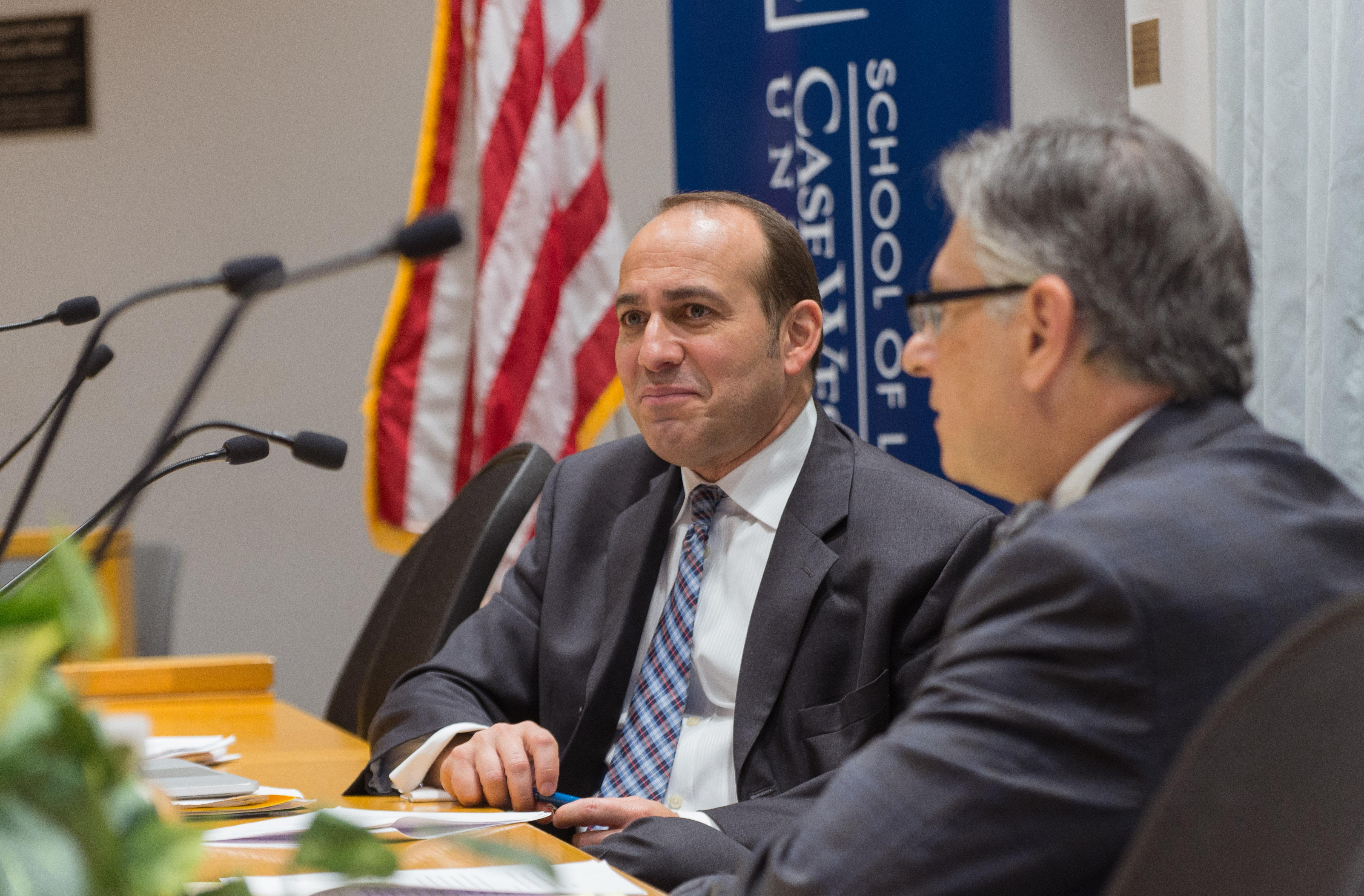 Trade law is a launchpad to judicial clerkships, government employment and lucrative practice—the result of joint efforts by the Law School’s Career Development Office, Case Western alumni like Luke Tillman (’12), who began his impressive trade career as an attorney at U.S. Customs and Border Protection, and Professor Juscelino Colares (pictured).

Trade Law at Case Western Reserve University School of Law is more than a course taught by one of the nation’s leading experts. It’s more than the preeminent Trade Law Fall Update, the practitioner-focused conference held annually at the Law School. And it’s more than the opportunity for funded externships at the U.S. Court of International Trade, Commerce Department, and The Office of the U.S. Trade Representative. For an increasing number of CWRU Law students every year, it’s a launchpad to judicial clerkships, government employment and lucrative practice in this exciting field.

“These numbers prove you don’t have to be in law school in D.C. to break into the field of trade law,” said Co-Dean Michael Scharf, a noted expert in international law.

The office issues binding advance rulings and other legal decisions in connection with the importation of merchandise into the United States. Its rulings affect hundreds of billions of dollars of trade. “It’s the perfect place to begin a career in trade law,” said Scharf.

This pipeline is the result of joint efforts by the Law School’s Career Development Office, Case Western Reserve alumni like Luke Tillman (LAW ’12), who began his impressive trade career as an attorney at U.S. Customs and Border Protection, and Professor Juscelino Colares, who has served in the U.S. rosters of North American Free Trade Agreement (NAFTA) and U.S.-Mexico-Canada Free Trade Agreement trade panelists. Tillman went from Customs and Border Protection to positions as trial attorney at the U.S. Department of Justice's International Trade Field Office, Counsel to the International Trade Commission, and now has a customs and trade practice as an associate at the nation’s premier international trade law firm, Steptoe & Johnson.

In addition to teaching Trade Law, and organizing the Trade Law Fall Update, Colares provides interview coaching to students who have demonstrated a serious interest in a career in trade law. To prepare, he assigns them the most recent U.S. Supreme Court and Federal Circuit opinions related to trade and administrative law that are likely to come up in interviews. “It gives them an edge, a concrete indication that they understand the law and the needs of their employers,” he says. “The number of our graduates in Trade Law practice keeps increasing and, with it, employment prospects for future students,” said Colares.