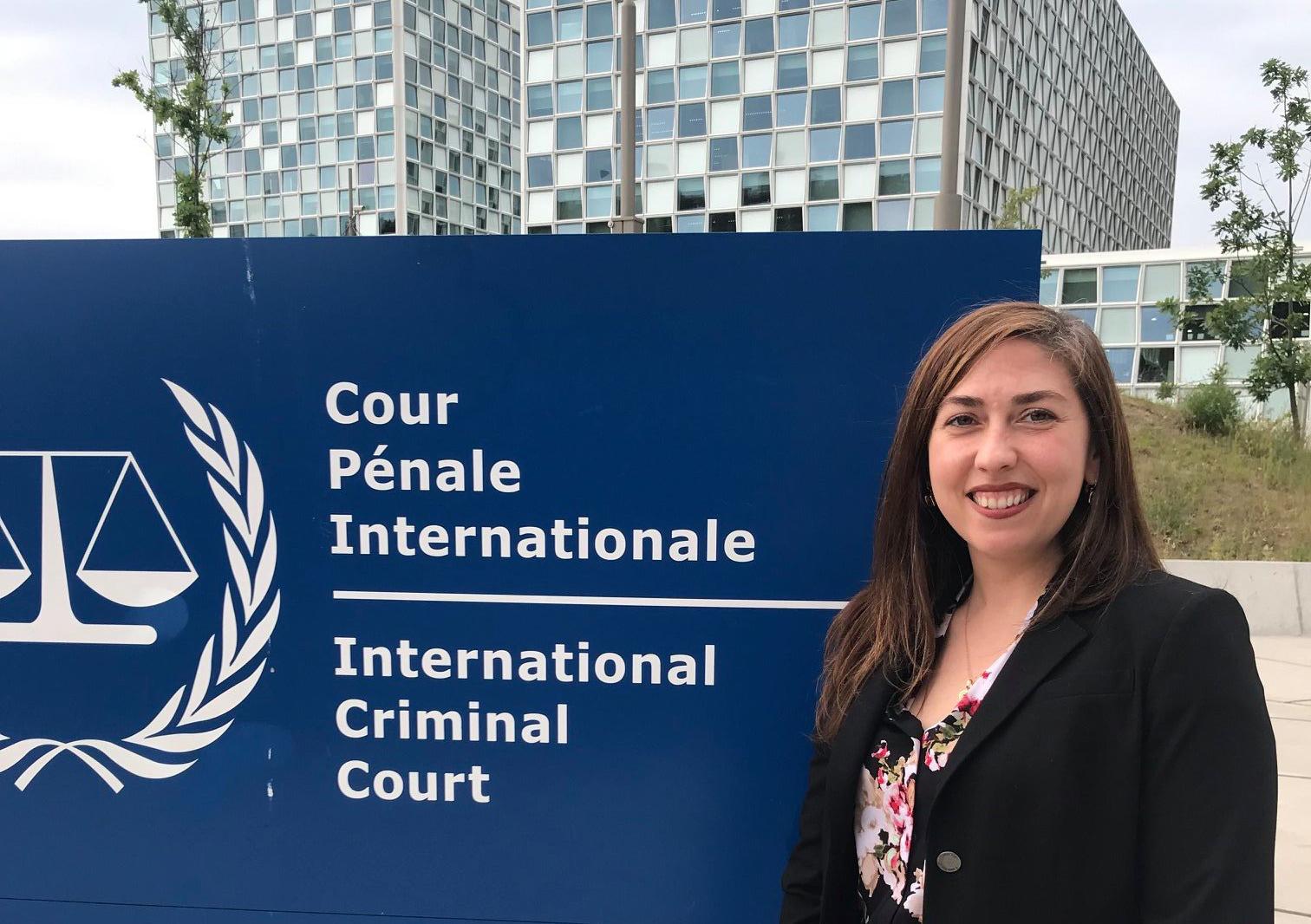 While working as a visiting professional at The Hague in 2019, third-year law student Laura Graham was a participant in one of the most controversial cases to come before the International Criminal Court (ICC) in recent years.

On Feb. 4, 2021, the ICC in The Hague found Dominic Ongwen guilty of 61 charges of crimes against humanity and war crimes committed in Northern Uganda between 2002 and 2005. While there is little dispute whether he committed the crimes, compelling legal questions stem from the circumstances behind Ongwen’s turn to violence.

“The case reflected my interests in ethnic conflicts and international law,” said Graham, who worked for a summer as an extern for the Ongwen Defence team in The Hague, attending trial sessions and helping prepare questions for witnesses and briefs for the court. “The most challenging aspect of the work was balancing my views as a scholar of ethnic conflicts with the charges against Ongwen, who was a young boy when he was conscripted into the LRA. The case is notable in underscoring the moral dilemmas of holding former child soldiers accountable for the crimes they committed after the age of 15.”

In 1990, Ongwen was abducted on his way to school and forced to fight as a child soldier in Joseph Kony’s Lord’s Resistance Army, a group that terrorized Central Africa for decades. Tortured and forced to watch ritual murders as a tool to desensitize him from violence, Ongwen subsequently rose through the ranks to become Kony’s second-in-command before being captured in 2015. His trial went on to be the first in the history of the ICC to examine whether a kidnapped child soldier who remains with a rebel group can be held accountable for his international crimes, which included murder, abduction and enslavement.

“The verdict is significant in setting a precedent for charging former child soldiers for their involvement in armed conflicts. But the case also has strengthened the ICC’s jurisprudence on sexual and gender-based violent crimes,” said Graham. "We can expect to see the Ongwen decision cited frequently in future charges where women have been subjected to forced pregnancy and sexual enslavement.”

Graham holds a Ph.D. from the University of Aberdeen and came to Case Western Reserve to study international law after working as an assistant professor at Trinity College Dublin and a lecturer at Tufts University.

“Having the opportunity to work at the ICC and study international criminal law was a deciding factor for selecting Case Western Reserve,” said Graham. “My work with Ongwen and his attorneys was an impactful experiential learning opportunity.”

Case Western Reserve is one of the few law schools in the world that award up to a semester’s worth of credit to students who intern at international criminal tribunals and other international institutions across the globe. The popular program led to six alumni earning full-time jobs as prosecutors and legal advisers to the judges of the international tribunals.

The law school also offers additional options for students interested in human rights work with the International Law Research Lab under the supervision of former international prosecutor, Professor James C. Johnson. The lab, nominated for a Nobel Peace Prize for the vital assistance they provided in the prosecution of Charles Taylor, has produced over 280 legal research memoranda for several international criminal tribunals across the globe, including the ICC.