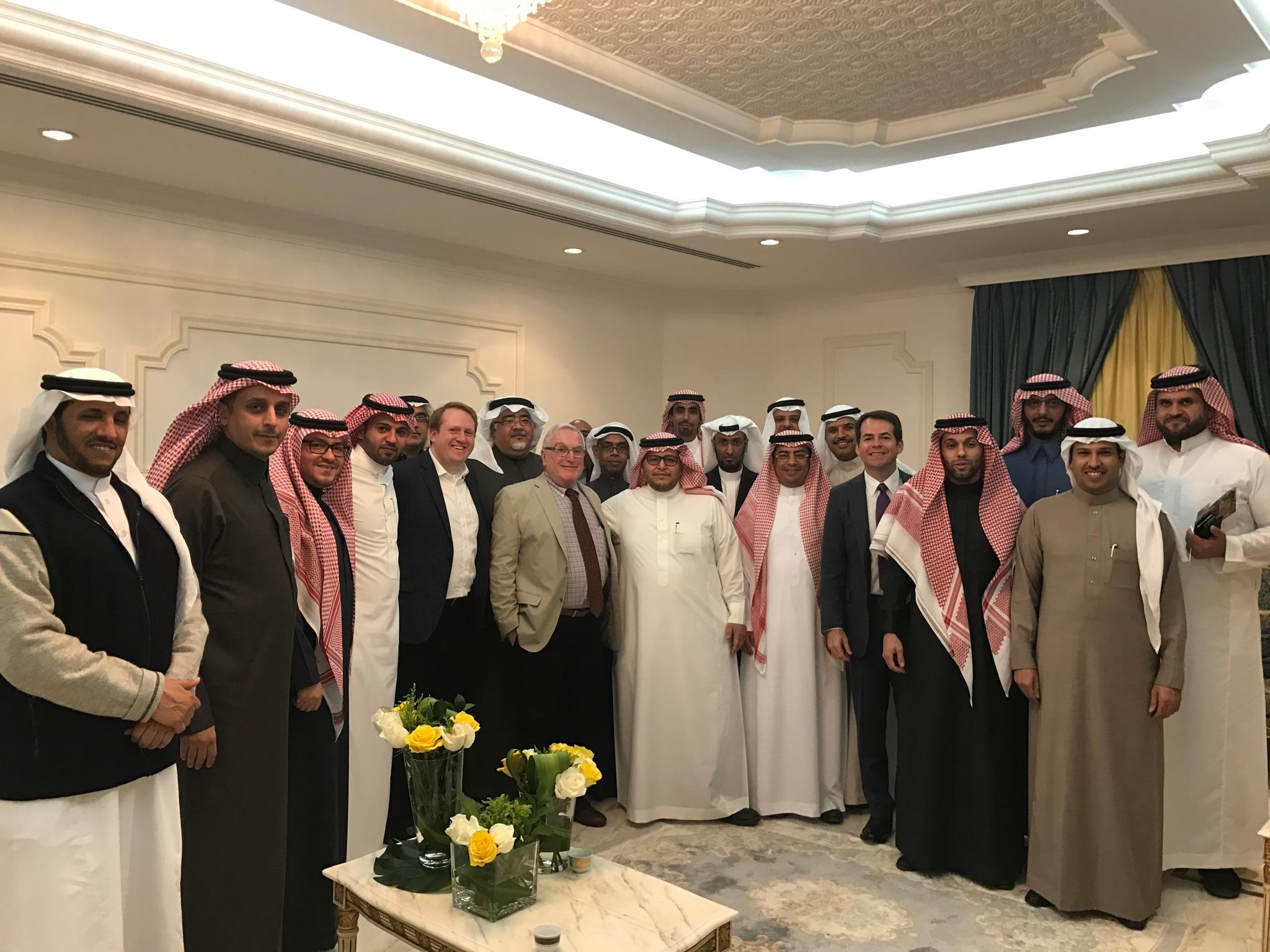 In the three decades since its establishment, the program has grown to 120 LLM and 62 SJD students, making it one of the five largest—and one of the most successful—foreign graduate legal studies programs in the nation.

“At the time, there were very few U.S. programs for foreign lawyers,” noted Co-Dean Michael Scharf. “So, Professor Katz was a pathbreaker in the American legal academy.”

In addition to its focus on international attorneys, Katz recalled that his proposal was distinct from other LLM programs in that “we designed it to be as much a family atmosphere as an academic program.” The culture has remained a hallmark of the program, which International Jurist magazine ranked as a top LLM program for the student experience in 2021.

Katz, who retired from full-time teaching in 2018 after 52 years on the faculty, still teaches the LLM Seminar, helps with recruiting, and stays active in the program’s social events. “I still get emails and texts from former students who call me ‘father,’” said Katz, now the John C. Hutchins Professor Emeritus of Law.

The role of the program’s matriarch originally was held by the late Adria Sankavic, the program’s longtime assistant director, who is remembered by an annual LLM Award in her name. Now, Liz Woyczynski has taken that mantle as the program’s executive director.

Associate Professor Jack Turner (LAW ’02), who joined the LLM program as a faculty member in 2010 and took over as faculty director in 2018, said Katz’s original intention—creating a familial atmosphere for international students—remains 30 years on, thanks to the “dedicated administrators and professors who only work in this program and teach LLM students,” he explained. “The students know that we are available and they can come to us for any reason at any time.”

But beyond that constant personal support, Turner noted that the program is committed to introducing international students to American law school life through programming such as a four-week summer course, dedicated LLM orientation week, tutors and mentoring, and frequent social events in and out of the law school. “We do not just sign the students up and throw them into JD courses to sink or swim on their own,” Turner said.

In addition, the School of Law is committed to providing students with the areas of study most needed in the field; in 2007, it expanded the program to include specialized LLMs in international business law, international criminal law and intellectual property law.

“Students were seeking specialties,” Katz said. “Some needed a second LLM with a different focus for their jobs, and the school had enough courses in those areas to pull it off.”

The school has also shifted its approach to recruitment—from word of mouth to formal recruitment to, in recent years, visits to partner schools in Thailand, China and the Middle East by Scharf, Katz, Turner and other faculty. “In addition to being an important source of revenue, the LLM and SJD programs provide our domestic JD students with valuable connections across the globe and diversify the educational experience,” Scharf said. “And by exposing foreign students to U.S. conceptions of justice, it helps strengthen the rule of law where our graduates practice around the world.”

On Saturday, Oct. 23, from 5 to 7 p.m.. LLM alumni and faculty will gather at the School of Law for an evening of memories, food and spirits as the law school celebrates 30 years of the LLM program. Register to attend.

The LLM program boasts dozens of prominent jurists, professors, practitioners, and government officials among its graduates, including: