A Passion for Trying to Right a Wrong: One Alumnus' Fight to End the Opioid Epidemic 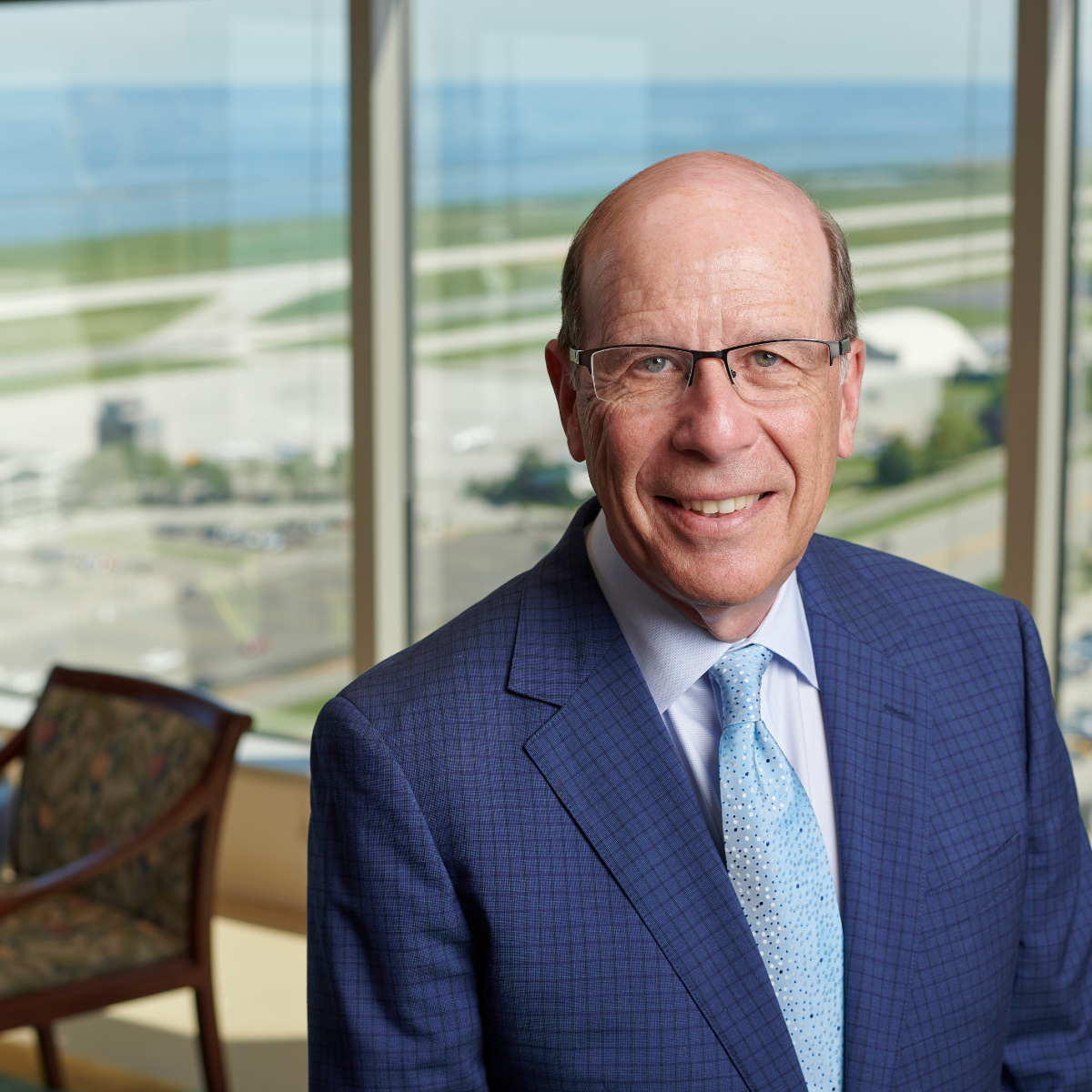 UPDATE (Nov. 23): This story was written for Case Law-Med magazine in October 2021. Subsequent to its original publication, on Nov. 23, 2021, the federal jury reached a verdict for the plaintiffs in the historic trial. Jury deliberations on the amount of damages will come in spring 2022 if there is no settlement before then.

Native Clevelander Peter Weinberger (LAW ‘75) has worked with Spangenberg Shibley & Liber LLP since 1988—an experience he calls one of the “great joys of his life.”

In 2017, after almost three decades with the firm, he stepped down from managing partner to of-counsel status, and planned to slowly reduce his caseload while he and his wife of nearly 50 years, Laurie, transitioned to retired life in Naples, Florida.

Yet his extensive experience in multidistrict litigation and decades of successful medical malpractice cases led to an unexpected request: He was asked to serve as the plaintiffs’ co-liaison counsel in the National Prescription Opiate Multidistrict Litigation case in the Northern District of Ohio Federal Court.

Four years later, Weinberger’s anticipated “somewhat-limited” involvement in the case has been “24/7, more than a full-time job.”

How It All Began

The basis of the case dates back to the 1990s, when Purdue Pharma began marketing the timed-release synthetic opioid OxyContin to doctors as a safer alternative to morphine for pain management.

The marketing campaign, which made unsubstantiated claims of a lower risk of addiction than morphine, was highly successful. Before long, people became dependent and abused the narcotic— crushing the pills to snort them or liquifying them for injection. When a tamper-proof version of the drug was released in 2011, people turned to street drugs to satisfy their addiction.

Today, the opioid epidemic rages on in the United States, now with a deadly combination of prescription opioids, heroin and fentanyl. The Centers for Disease Control and Prevention reported that drug-related deaths quadrupled between 1999 and 2019, with nearly 500,000 people dying from opioid overdose. Epidemiological evidence shows that approximately 75% of people who overdose on illicit drugs or who have an opioid use disorder started on prescription opioids.

So far, the litigation—a consolidation of approximately 2,500 cases around the country—has resulted in either multibillion-dollar settlements or bankruptcy filings by several several major wholesale drug companies to resolve claims.

At the time of the interview in early October, Weinberger was just days away from the next phase of the litigation. This time, he is challenging three national retail pharmacy chains—CVS, Walgreens and Walmart—and one regional chain, Giant Eagle. The plaintiffs argue the pharmacies must create internal systems controlling misuse and preventing drug diversion into illegal markets, as stated in the 1971 Controlled Substances Act.

“This is a perfect example of a simple case of saying to defendants: ‘You created a public nuisance. You created this epidemic, and we’ve suffered societal harms,” Weinberger said. “Now you should pay for whatever it takes to abate this epidemic in our communities.’”

In this bellwether case, Weinberger represents Ohio’s Lake and Trumbull counties, where the four defendants reportedly distributed up to 36 million pills from 2006 to 2018. “These communities were flooded with pills,” said Weinberger.

Data shows the epidemic has worsened because of COVID-19. Lack of access to counseling and treatment during the pandemic has led to a rise in depression, making those suffering from addiction more likely to relapse. Weinberger said the desired outcome of this trial is injunctive relief—to change the way the defendants do business. “[The goal is] to prevent the marketing of opioid drugs,” he continued, “and to abate the epidemic through funding for foster care, treatment centers, medical-assisted treatment drugs and a wide range of other things.”

Weinberger’s 71st birthday is around the corner, and his wife is ready for his retirement to truly begin.

“I’m going to see [the litigation] to the end as much as I can,” said Weinberger, who is on the advisory committee of the Case Western Reserve Law-Medicine Center and, as a two-time cancer survivor, has become heavily involved as chair of the advisory panel for the Case Comprehensive Cancer Center. “Will I try another case? That remains to be seen.”

While this litigation has been stressful and time consuming, Weinberger said it has also been stimulating and energizing, and enabled him to work with some of the greatest lawyers in the country.

“It’s a passion for trying to right a wrong,” said Weinberger. “Being part of that, trying to use the law to remedy a man-made epidemic. … It’s an amazing opportunity and an important responsibility. It’s what gets me up in the morning every day.”