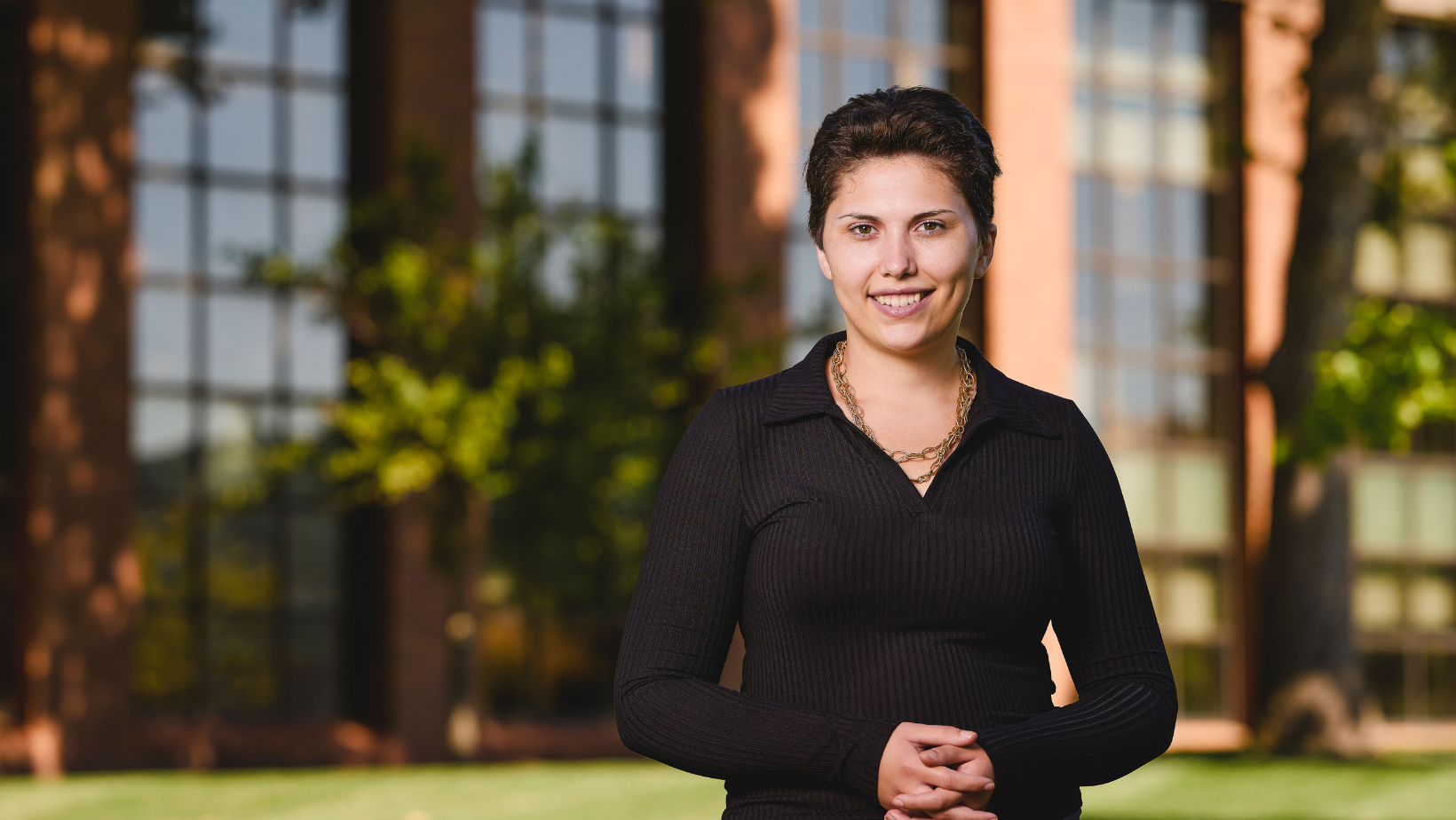 Maggie Kinkopf never considered a legal career until her senior year in college, while listening to the third season of Serial, a podcast that critically examined Cuyahoga County’s criminal justice system.

“I remember thinking, ‘This is a way I could contribute to making a real positive change,’ ” said Kinkopf, who, just four months into her education at Case Western Reserve’s School of Law, found herself on Zoom talking with Serial host Sarah Koenig in a faculty-led discussion about the podcast. “This is why I decided to go to law school, so it was really exciting,” said Kinkopf, now a second-year student.

Kinkopf’s experience reflects the law school’s aim to engage first-year students in experiential education and connect them with the school’s Milton and Charlotte Kramer Law Clinic.

While it’s the clinic’s third-year students who are assigned cases on issues from human trafficking to immigration to criminal justice, first-year students handle initial client paperwork—and watch and learn from their more experienced peers.

That way they “get engaged in the work of fulfilling the needs of people in the community,” said Laura McNally-Levine,  associate dean for experiential education, a professor and the clinic’s director.

She said it seemed timely and important to pull together the podcast-related programming for students, given all the work nationally and on campus around social justice, and the fact that Serial had focused on the Cuyahoga County court.

Kinkopf and fellow first-year students listened to Serial's third season; participated in discussions with faculty and outside lawyers from both the defense and prosecution sides; and had the opportunity to work in the school’s Second Chance Reentry Clinic for individuals facing legal barriers as a result of their criminal records.

Serial's Koenig said in an email that the law school’s decision to integrate the podcast into students’ education was “one of the best outcomes I could imagine from the reporting we did in the courthouse. And to hear that students are engaging with the stories and questioning the justice system they’re about to enter, all the better.”

The article originally appeared in the Fall/Winter 2021 issue of Think magazine.