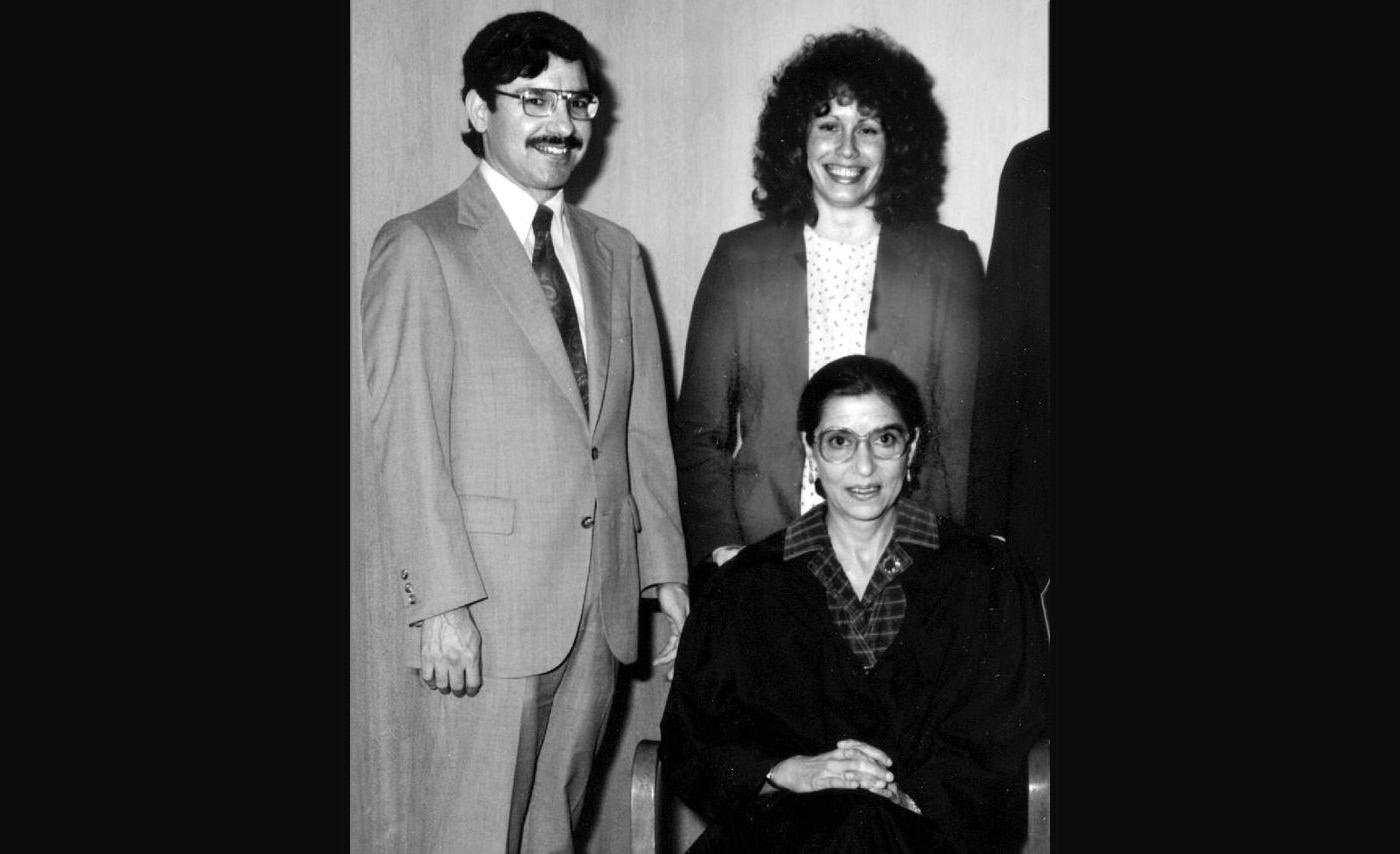 On September 18, 2020, Supreme Court Justice Ruth Bader Ginsburg succumbed to her long battle with cancer.  The country lost a towering jurist and is about to enter into a contentious process of selecting her replacement. Case Western Reserve University Emeritus Law Professor Jonathan Entin, who served as her Judicial Clerk, wrote about her life and legacy.

​Many others already have described Justice Ruth Bader Ginsburg in language far better than mine. She was “a jurist of historic stature” (Chief Justice Roberts), a “dear friend and colleague” (Justice Sotomayor), and a “hero” (Justice Kagan). I have written about Justice Ginsburg’s work that fundamentally reshaped the law of gender discrimination before she became a judge and others have written about her career as a whole far better than I could.

​I knew Ruth Bader Ginsburg for more than 40 years. I was one of her earliest law clerks when she was a Federal Appellate Judge and I stayed in periodic touch with her ever since. So here are a few personal reflections.

​Justice Ginsburg invited me for an interview even before she was confirmed for her seat on the D.C. Circuit. It was the summer after my second year of law school, and I was working at a Chicago law firm. When I arrived at her New York home shortly after 9:30 a.m. on June 18, 1980, her son welcomed me by saying: “I was going to ask why you want to clerk for an unconfirmed judge, but I can’t do that. The Senate just confirmed her a few minutes ago.” So I was the first person she saw outside of her family after receiving that news. Our conversation was repeatedly interrupted as she took congratulatory phone calls. Eventually she made me the offer, which I happily accepted.

​Justice Ginsburg was a wonderful boss. She treated her clerks and their families as part of her own family. At the end of each monthly sitting, she would serve the clerks wine and cheese. After the first sitting, she was mortified to discover that she didn’t have a corkscrew in chambers so had to borrow one from a colleague. When the holidays came around, she gave us very fancy corkscrews so that we would never be caught short.

​And she stayed in touch with us after we left her chambers. For many years we had annual reunions that drew almost all the former clerks, their spouses, and children. She was always accompanied by her beloved Marty, who was her opposite and complement in so many ways. She would greet everyone individually and talk briefly with all of us, but Marty carried the conversation with an infinite supply of great stories. Sometimes one of her judicial colleagues would serve as guest of honor: Justice Scalia spoke at the reunion marking her tenth anniversary on the bench, and he was so warmly received that he came back for her twentieth as well.

​We stayed in touch. For example, I quoted Marty in a footnote in one of my early articles. During my clerkship he had testified at a congressional hearing on the 1982 tax act. One of his comments appeared in boldface type on the front page of the Washington Post one day, and hundreds of silk-screened T-shirts bearing that quote were distributed at the IRS. I alluded to that fact in the footnote, too, and sent the judge a reprint. She found one of those T-shirts and sent it to me by return mail. I still treasure that garment.

​I had other opportunities to see her over the years. Occasionally when I was in Washington for other purposes, I would have lunch with her. In 1988, she came to the law school to speak and to preside at the final round of the Dunmore Moot Court Competition. She brought Marty with her, and when I picked them up for dinner they were ebullient. They had spent the afternoon at the Cleveland Museum of Art, which had a special exhibition of French art. It turned out that the show included the original of a painting that Marty knew about but hadn’t seen: he had represented a previous owner in a dispute over its value and regaled us with the story of the hearing at which he had eviscerated the IRS appraiser who turned out to know almost nothing about art.

​Then in the fall of 2016, Deans Berg and Scharf arranged a ceremony for alumni and faculty to be sworn in as members of the Supreme Court bar. Justice Ginsburg graciously agreed to speak to us after the ceremony, talking about other female judges who had marked the path for her.

​I have had a great career as a lawyer and law professor, but the best job I ever had was my clerkship. I will always be grateful for the opportunity to work with and learn from Ruth Bader Ginsburg. I hope that in some small way I have built on the foundation that she laid for all of us.