School of Law Receives $4.5 Million in Foundation Grants in 2022 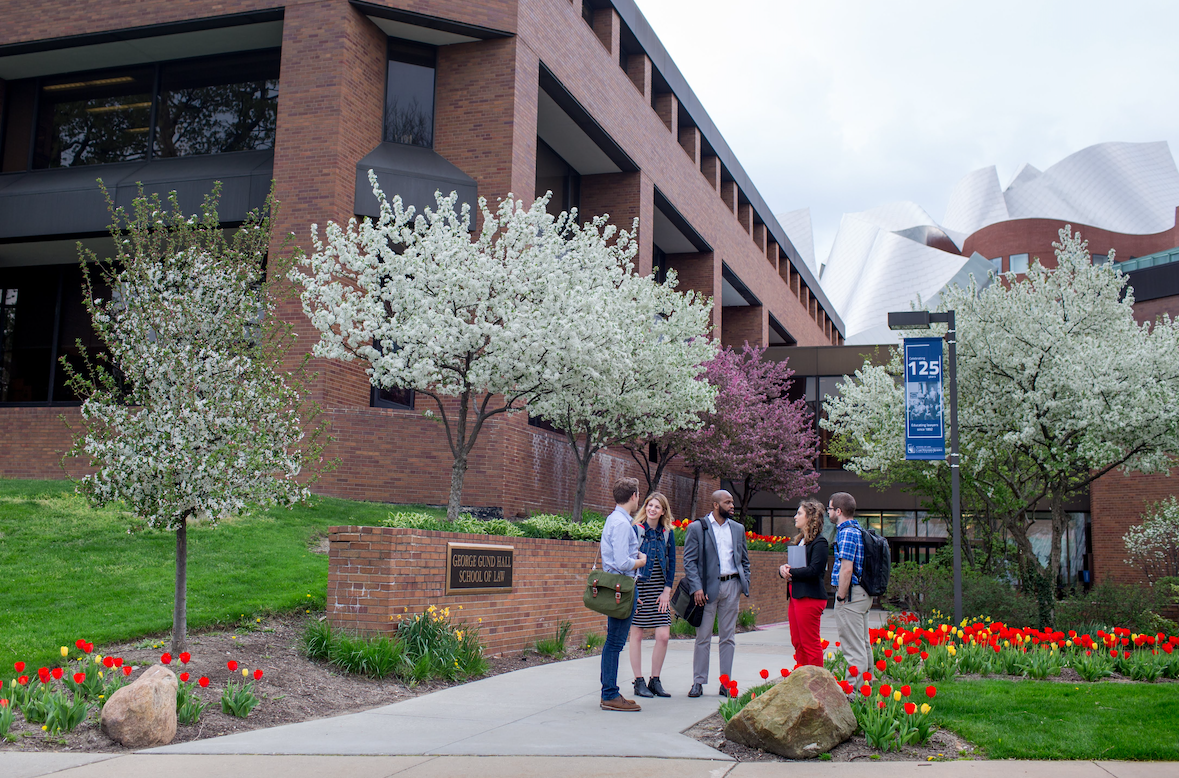 CWRU School of Law received a record $4.5 million in foundation grants in 2022. These grants support the cutting-edge work of our social justice, health law, reproductive rights and international law initiatives, as well as the work of our new Environmental Law and First Amendment Clinics.

Our Social Justice Law Center received two grants totaling $100,000 from the Ohio State Bar Foundation. One grant provides funding to law students engaged in racial justice work over the summer with organizations unable to provide compensation. The second OSBF grant provides funding for the Center to conduct a pilot study of felony sentencing in Cuyahoga County. The Center also received $100,000 from the Cleveland Foundation to expand upon the felony sentencing pilot study.

Jessie Hill has received over $400,000 in grants this year from various foundations to support her legal advocacy, counseling and education of reproductive health care providers and organizations.

Maxwell Mehlman received a $400,000 grant from the Diana Davis Spencer Foundation to encourage state legislatures to give advance practice registered nurses full scope of practice in primary care, which would allow them to provide the same primary care as a physician, thereby easing the shortage of primary care physicians.

Maxwell Mehlman and Jessica Berg received a $1.6 million, 4-year grant from the National Center for Advancing Translational Sciences at the National Institutes of Health to study ethical and legal issues raised by the use of “nudging” to induce individuals to agree to serve as subjects in clinical experiments. The project addresses to what extent recruitment nudges are being used in recruitment into clinical trials, whether they impact participation, the views of human subjects about their use and whether their use is ethical.

The U.S.- Russia Foundation provided a $283,000 grant to bring six Russian law students to the United States to obtain their LLM at Case Western Reserve and three other participating law schools. The objective of the program is to bring independent-minded Russian law students to the United States where they will gain knowledge and skills to foster democratic changes and enhance the rule of law in Russia in the future.

For the fifth year in a row, the Law School received $10,000 from the Geisse Family Foundation to support our Yemen Accountability Project, which is documenting and analyzing war crimes and crimes against humanity committed during the Yemen civil war.

The Stanton Foundation provided $900,000 over five years to fund our First Amendment Clinic, which focuses on litigation involving freedom of speech, press, assembly and petition and offers legal services to those who rely on the First Amendment to collect and publish information, freely criticize government policy and express differing viewpoints.

The Cuyahoga County Office of Reentry provided a two-year, $209,000 grant to fund our Second Chance Reentry Clinic, in which students represent individuals facing legal barriers as the result of their criminal records. The clinic’s cases sit at the intersection of the civil and criminal justice systems and tackle issues related to mass incarceration, prisoner reentry and the collateral consequences of criminal convictions.

The Ohio Attorney General’s Office provided a $170,000 grant to fund our Human Trafficking Clinic. In this clinic, students provide legal representation and social service referrals to individuals identified as survivors of human trafficking and/or at high risk for trafficking.