The award was established in 2015 to recognize professors whose published works during the preceding three years demonstrate extraordinary scholarly achievement based on their impact on academic discourse, law and policy. The prize includes a cash award, inscription on the plaque of past recipients and display of the winner’s articles in the case outside the Faculty Lounge.

One of the law school’s most prolific and impactful scholars, Adler publishes numerous articles, chapters and books and is regularly interviewed by the national press on a wide array of topics. A 2021 study identified him as the fifth most cited legal academic in administrative and environmental law from 2016 to 2020.

In the past three years, Adler has published a book, Marijuana Federalism: Uncle Sam and Mary Jane and has a forthcoming book, Let Fifty Flowers Bloom: Environmental Federalism for the 21st Century, with Cambridge University Press. In the same time period, he has published articles in the Iowa Law Review and Florida Law Review, among others; and numerous op-eds, essays and other short pieces. In 2021, Adler’s work was cited by the US House Judiciary Committee in its report on the impeachment of President Donald Trump. In the same year, he also was invited to testify before the US Senate Judiciary Committee on money and the judiciary.

Adler has greatly enriched the intellectual life of the law school through his leadership of the Coleman P. Burke Environmental Law Center, which, since its creation in 2019, has already hosted high-impact conferences and speakers with national profiles.

Despite his extensive research agenda, Adler continues to teach  a number of the law school’s required courses—many in the same year— while undertaking multiple new course preps and regularly chairing key faculty committees.

The School of Law congratulates Professor Adler on his scholarly achievements and thanks him for all the work he does for the school and for our students. 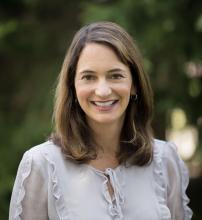 Professor Jennifer Cupar recently rejoined the faculty after taking time off to raise her family and seamlessly stepped back into a leadership role as a full professor. In recognition of her invaluable work to map out the advanced litigation skills curriculum, Cupar received the 2021–2022 Faculty Distinguished Service Prize.

In addition to her regular teaching and service obligations, Cupar played a key role in the admissions process for the law school’s new JumpStart program. She currently serves on the Master of Arts in Financial Integrity (MAFI) review committee and coordinates the judicial externship program. In addition, she is always thinking creatively about how to develop and integrate skills into classes from 1L through 3L years.

The School of Law congratulates Professor Cupar for this remarkable year of service. 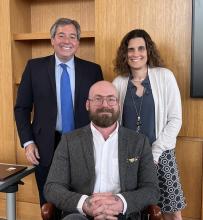 Earlier this year, the School of Law announced the Board of Trustees’ appointment of Aaron Perzanowski as the John Homer Kapp Professor of Law—previously held by former Dean Peter Gerhart, who passed away in February 2021.

An endowed chaired professorship is one of the highest honors in academia, and Perzanowski is a worthy recipient. He is a superb teacher, an institutional leader, and among the most productive and impactful scholars in the field of intellectual property law.

As the law school learned last month, Perzanowski will be leaving CWRU at the end of the academic year for a tenured professorship at the University of Michigan Law School. While we are saddened by the departure of such a valued colleague, we celebrate his accomplishments with the bestowal of a physical chair and wish him the best for his future at Michigan.