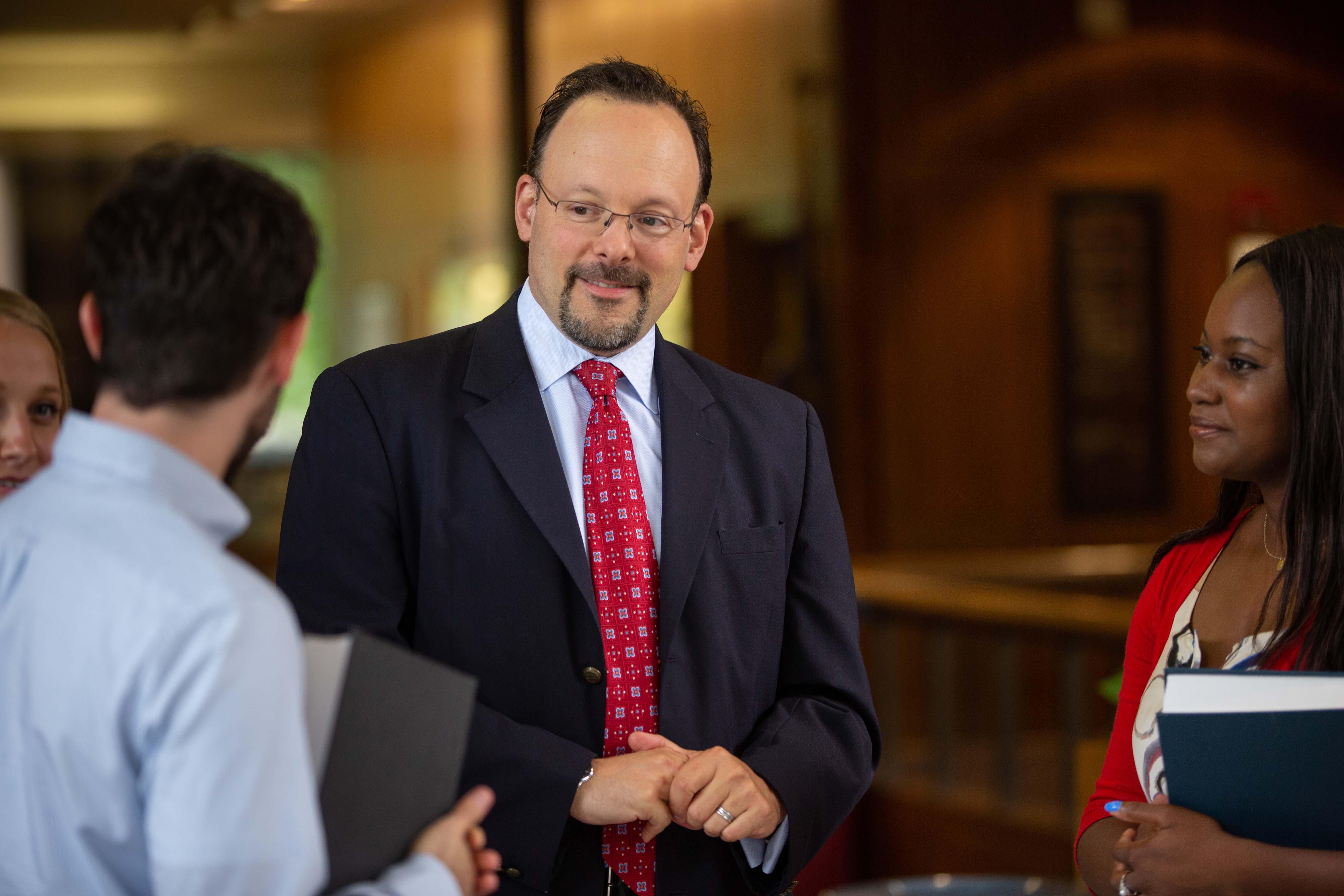 A Case Western Reserve University law professor, whose research inspired a legal challenge to the Affordable Care Act in the U.S. Supreme Court, has secured another place in the history books.

Jonathan H. Adler, the Johan Verheij Memorial Professor of Law at the Case Western Reserve School of Law, was cited in the U.S. House of Representatives report supporting the impeachment of President Donald Trump—now the first president to be impeached twice—for “incitement of insurrection” following the violent protests at the Capitol building on Jan. 6.

The Committee of the Judiciary released materials in support of House Resolution 24 on Jan. 12. Under the section on “The Irrelevance of the Criminal Code and the Brandenburg Test,” the report cited Adler’s post on the Volokh Conspiracy legal blog, titled “Yes, Congress May Impeach and Remove President Trump for Inciting Lawless Behavior at the Capitol.”

In the post, Adler explained that Trump’s actions and comments may be impeachable, even if not criminal and even if the statements in question—if made by a private citizen—would be entitled to First Amendment protection.

“The phrase ‘High Crimes and Misdemeanors’ was never understood to be limited to actual crimes,” he wrote. “It has always been understood to include abuses of power and other actions that are wrongful when committed by a public official, even if legal.”

Someone in the halls of Congress was paying attention. Adler said he didn’t know that his work would be cited until a colleague at another university told him.

“As a scholar, it is certainly gratifying to have one’s work be a tiny part of history,” he said.

“There’s really very little question that President Trump has engaged in conduct that the Framers of the Constitution would have considered to be impeachable,” Adler said. “At the same time, Alexander Hamilton warned in The Federalist about the risk of factional (or what we would call “partisan”) impeachments. Fear of such factionalism is one reason the Constitution requires a two-thirds vote to convict, and perhaps why no president has been convicted in the Senate.”

Adler also directs the Coleman P. Burke Center for Environmental Law at the School of Law, where he teaches courses in environmental, administrative and constitutional law. He’s also a co-founder of Checks & Balances, an organization of conservative and libertarian lawyers formed in 2018 to advocate for the rule of law.

His scholarly analysis of the Affordable Care Act, more commonly known as “Obamacare,” was credited with inspiring the litigation that led to a Supreme Court challenge to the lawfulness of tax credits in states that failed to create their own health insurance exchanges. Adler’s scholarship has also been cited in Supreme Court decisions such as Kisor v. Wilkie (2019), concerning the deference courts should give to federal agency interpretations of their own regulations.