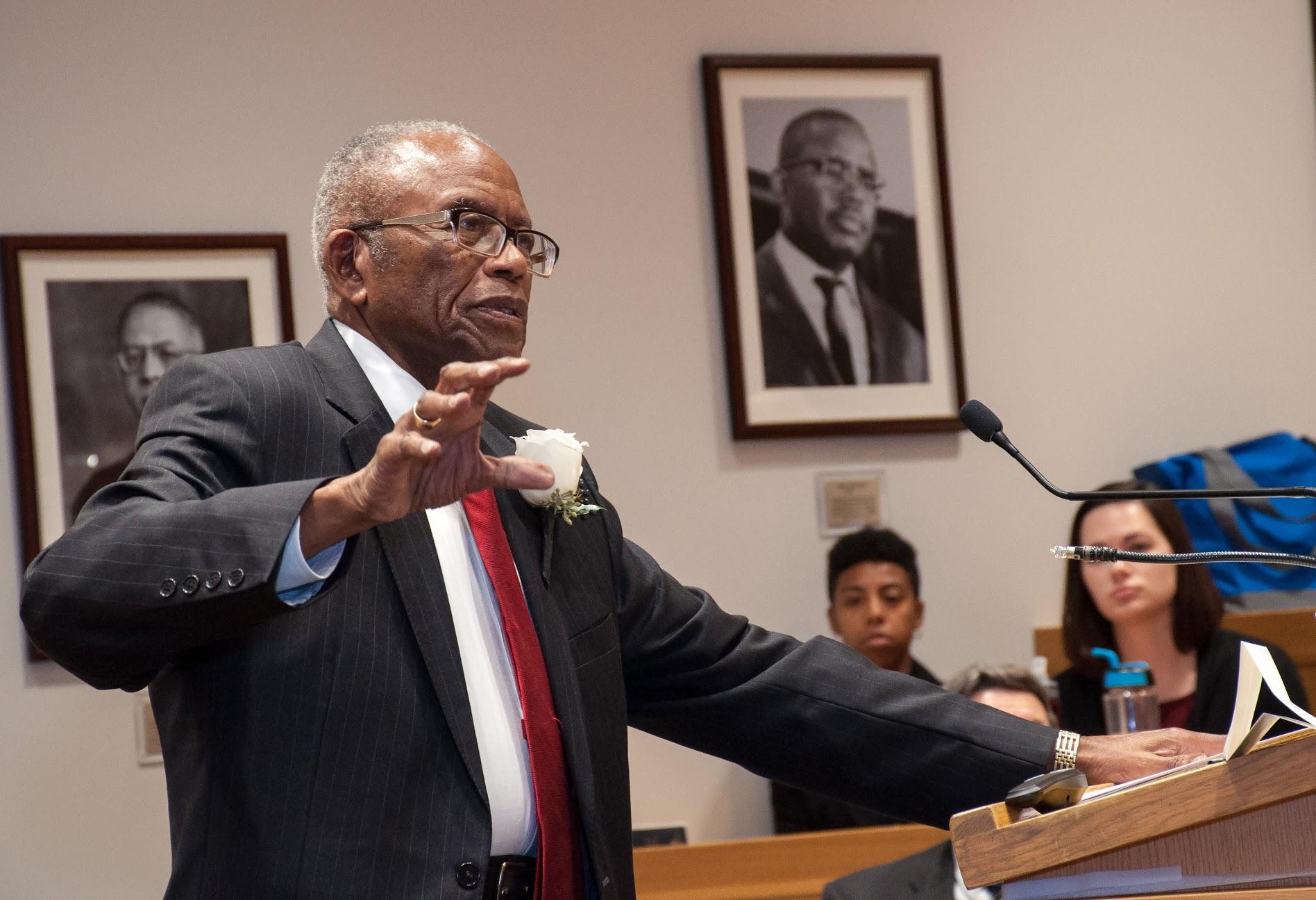 Born Dec. 14, 1930, and raised in Montgomery, Alabama, Gray left to study law at Case Western Reserve when no in-state law school would accept Black students. After graduating, he immediately used his degree to tear down the walls of a segregated America.

In a spectacular career that spanned more than six decades, Gray cemented his legacy alongside the very clients he represented, including Dr. Martin Luther King Jr. and Rosa Parks.  He was portrayed by academy award winning actor Cuba Gooding Jr. in the 2014 film “Selma.”

In September 2021, Gray filed suit on behalf of the Macon County Commission regarding the presence of confederate statues on public property.  On Oct. 26, 2021, the city of Montgomery changed the name of Jeff Davis Avenue (named for the president of the Confederacy, Jefferson Davis) to Fred D. Gray Avenue, an event that made national headlines.

Gray will sign copies of his book, Bus Ride to Justice.

Learn more about the event.